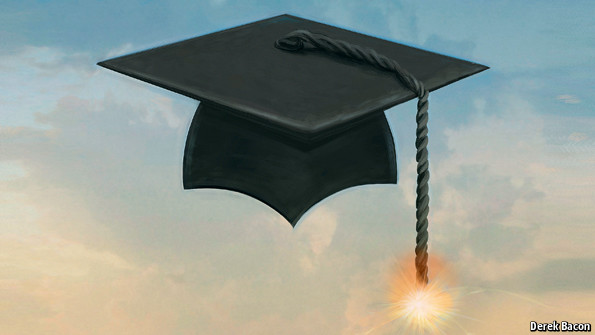 Between education and destruction

Between June 22 and 24, 2022, the leaders of the Nigerian Muslim and Christian faith communities converged on the historical city of Ibadan, the capital of Oyo state, for the second quarter meeting of the Nigeria Inter-religious Council (NIREC). Ably led by the co-chairmen, the Sultan of Sokoto and President-General of the Nigerian Supreme  Council for Islamic Affairs (NSCIA), Alhaji Muhammad Sa’ad Abubakar,  and the President of the Christian Association of Nigeria (CAN), Dr. Samson Olasupo Ayokunle, the Council was  well received by the Governor of Oyo state, Engr. Seyi Makinde.

Obviously concerned about the hate and hubris, bile and bigotry as well as perversion and perfidy that characterise the volatile Nigerian polity at the moment, the meeting was aptly themed “Promoting Mutual Love and Understanding in Nigeria”. The theme is most topical and relevant to Nigeria as a result of the shockingly deepening chasm of hate and intolerance, exacerbated by the politics of bitterness that Nigerians decide to wallow in as the 2023 elections draw nearer.

Speaker after speaker at the opening session that was held on June 23 decried the state of the country where insecurity is rife and human life is cheap. From the Sultan of Sokoto to the President of CAN, from the hosting Governor  to the Secretary to the Government of the Federation (SGF), Boss Mustapha, from the Executive Secretary of NIREC, Rev. Fr. Prof. Cornelius  Omonokhua, to the guest speakers on the occasion,  Dr Ibrahim Uthman of the University of Ibadan and Sr Dr Maria Natalia Ajayi of Seminary of SS Peter and Paul Major, Bodija, Ibadan, everyone was unanimous on the prescription of love as antidote to the ills of the country.

At the end of the meeting and appraisal of the state of the nation, the Council in its communiqué advised politicians to play politics of development, not politics of bitterness, and move their people away from poverty to prosperity, not from stability to insecurity; stressed that the fundamental teaching of both Islam and Christianity is love and that Nigerians should embrace one another in spite of their ethno-linguistic and politico-religious differences as one nation under God; and urged Nigerians to rise above partisan politics and divisive political ambition to live together in mutual love, respect and genuine brotherhood.

While resolving to monitor preachers and engage, expose and sanction those who preach hate and promote religious bigotry, NIREC condemned blasphemy as an unacceptable evil act and deplored the blasphemers of religious figures as sinners who do not represent anyone other than themselves. The Council denounced jungle justice and extra-judicial killing while urging Nigerians not to take law into their own hands but rather report any infraction to the law enforcement agencies. The body also warned politicians against dividing the society along religious lines and cautioned religious leaders against politicising religion for their selfish gains.

Additionally, the apex interfaith body in the country enjoined politicians to demonstrate their religious commitments through uprightness and adherence to ethical standards in their actions; advocated the sustenance of a dialogue of friendship between the two major faith communities in Nigeria; called for mutual love and understanding, not just tolerance, among Nigerians, regardless of their ethnic, religious and political affiliations in agreement with the old national anthem which partly states, “Though tribes and tongues may differ, in brotherhood we stand”; and tasked government and security agencies to set the necessary machinery in motion to stamp out the menace of banditry, kidnapping, ritual killings and other vices that hold Nigerians to ransom.

Essentially, the Council noted that both Muslims and Christians should work together as Islam and Christianity share many fundamentals like deferring to God, recognising the temporariness of this world and believing that we shall all return to God to render the accounts of our sojourn in this temporary abode; appealed to all Nigerians to imbibe the principles of mutual affection, mercy and compassion in relating with one another while training their children on the values of generosity, kindness, piety, humility, dignity and decency; and charged Nigerians to promote family faith and caring conversations along political, religious and ethnic lines while ensuring that all hands are on deck to achieve a better and greater Nigeria based on mutual love and cooperation.

While urging every Nigerian to be their brother’s keeper and revalidate their spirituality by being righteous in their relationship with fellow human beings, the body affirmed its avowed commitment to the promotion of peaceful co-existence, mutual understanding and inter-faith cooperation among Nigerians. Certainly, love is the solution to the problems that plague the country and the world.