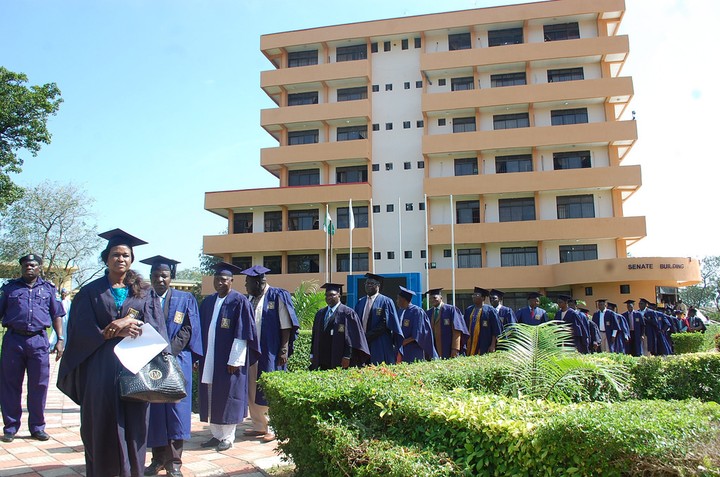 At the naming ceremony of the baby aliased Dhu Nuraen (bearer of two lights) on Friday, July 8, 2016 by the prodigiously talented Dean of Postgraduate School, Prof. Badmas Olanrewaju Yusuf, mainly due to the dual presence of the Vice-Chancellor and the immediate past Vice-Chancellor of the University of Ilorin, Prof. Abdul Ganiyu Ambali (OON) and Prof. Is-haq Olanrewaju Oloyede (OFR), a subject that is crucial, core and critical came to the front burner. This concerns proper parenting as the two scholar-philosophers atomised the tragedy of the Nigerian situation and the near-collapse of the moral fabrics that held the society together to the home factor.

Given that the crux of their well-acclaimed presentations was on character and character, as well as learning, remains the motto of the University of Ilorin, I feel that sharing some nuggets from their submissions with my esteemed readers, especially those actively involved or soon to be involved in the business of child bearing and rearing, in simple language, would be casting the right stone in the right direction. This is significant because when the stakes are down in our society, the ultimate success of an individual will be measured by the quality of children s/he is able to train, a profound reality that should challenge everyone.

In his short but impactful presentation, Prof. Ambali described parenting today as a life-long commitment. He noted that the model of parenting used in the past has expired now, noting that in those days, apart from enrolling their children in school, parents did not know how their children went and returned from there. They only bade the children goodbye whenever they were departing home and said welcome whenever they returned. In other words, all the parents did was wishing their children well in schools and campuses.

Nowadays, however, parents are involved in how their children learn, how they succeed in examinations, how they gain admissions, secure employment and even how to succeed as couples because if they don’t do, no one else will. The Vice-Chancellor emphasised the need for total parenting, not the model that would make busy parents throw money at their children without knowing what is happening to them. He suggested that the school system cannot do it all and every parent holds it a responsibility to accord his children good home training, which consists of imparting cultural and religious values. He ended by expressing hope that the competence, character and reliability he knew of the father of the day would engender positive upbringing of the baby and its siblings.

Earlier in his well-applauded remarks as a stakeholder, Prof. Oloyede emphasised the need for all to focus on what is within their reach by cleaning their corners. He alluded to the words of a philosopher who had the ambition of changing the world at 20, his continent at 30, his country at 40, his town at 50, his family at 60 and ultimately himself at 70. He noted that maturity would make one realise that change can only begin from oneself and whoever cannot lead his family or his immediate constituency even as head of cleaners, cannot change anything.

Stressing the importance of education and family, the former Vice-Chancellor stressed that the only way to confront the perverse and destructive influence of the contemporary society is to be close to one’s children. Gone were the days of shouting on children and beating them black and blue: any parent who does that today runs the risk of losing the trust of those children and alienating them completely as they are not wired like the children of the past who would take to correction with the mere look of their parents.

Interestingly, he also remarked that the much-despised devil is now living in every home, unlike the past when it was outside. His argument that every home with internet and cable television already has a devil in-house struck a chord in many, saying that how to deal with the devil should be the main focus. Therefore, he pleaded that parents should be their children’s friends, chat with them on the social media and thereby be in position to monitor their activities just as parents should be conscious of the programmes children watch on the screen, including cartoons. In essence, taming the devil involves making friends with today’s children, online and offline, as well as gaining their confidence, not being unduly stern and alienating.

For hundreds of the much appreciated well-wishers, including the Vice-Chancellor’s wife, Dr (Mrs) Taiwo Ambali, and the President of Unilorin Alumni Association, Dr (Mrs) Rhoda Oduwaiye, who witnessed that memorable day of the two luminous lights, it was a(nother) course in Parenting 101. The course itself was backed up with materials provided by other intellectual stars like Prof. Badmas Yusuf, Prof. Nasir Abdus-salam, who ably represented the Chief Imam of the University, Prof. AGAS Oladosu, Dr Hashir Abdulsalam, Dr Rafiu Ibrahim Adebayo, Oba Abdul Azeez Agboola and Barrister Monsur Alfanla, among others.

For me, it was a day I still remember with trepidation as it rained elephants and buffaloes (not just cats and dogs!) outside the University gate that evening. However, the rain somehow honoured the eminent guests that converged on the University quarters by refusing to disrupt the programme and opting to fall another day.