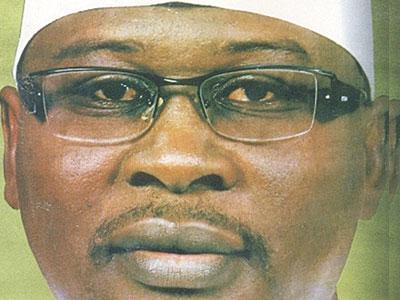 Fintiri and the law of Karma 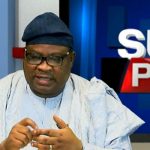 This Sunday (January 31, 2016), the estranged Secretary of the Peoples Democratic Party (PDP) in Ekiti State, Dr Tope Aluko, on Channels Television made earth-shattering revelations on the atrocious interventions made by the administration of former President Goodluck Jonathan in support of the 2014 governorship bid of the incumbent Ekiti State helmsman, Governor Ayodele Fayose. It was a can of worms extra-ordinaire as sordid disclosures were made on how every strand of decency was shred by the powers that be to prosecute a political war.

Apart from giving Governor Fayose a staggering sum of $37 million to sway the electorate and buy his victory, the security establishment was used, misused and abused for political expediency. A batch of “1040 recognised soldiers” who could have saved Nigerians from Boko Haram-induced death and decapitation, according to Dr Aluko, was given some dirty jobs to do in Ekiti, not to talk of the “400 unrecognised soldiers brought from Enugu by Senator Andy Uba”. To wit, to make what seemed impossible possible, given the track record of former Governor Kayode Fayemi and current Minister of Mines, Dr Aluko disclosed how Fayose sponsored a petition that led to the replacement of the Akure Army Brigade with “Brig. Gen. Aliyu Momoh who was amenable to our plans.”

It is really galling that all those who should be in jail for sabotaging people under the most irresponsible leadership Nigeria has ever been foisted with are savouring the gains on their treachery against the Ekiti people. I am talking of the 64 PDP stalwarts, most of whom are now “members of the Senate, House of Representatives, state House of Assembly, commissioners, local government chairmen, special advisers and the rest” as the whistleblower disclosed.

Come to think of it, it is immaterial whether Dr Aluko has moral authority to make the revelations because he was one of the worms in the can. It is inconsequential that his motive for making the revelations was not salutary as he truthfully disclosed that there was a breach of the sharing formula: he was supposed to be the Chief of Staff while Hon. Femi Bamisile would be the Deputy Governor. What is important is the veracity of his assertions and the implications of such for the polity.

If Dr Aluko is angry as he is accused to be, anyone reserves the right to be angry. When a gang of thieves disagree among themselves and a member spills the beans, it is good for the society because that is minus one to the crime industry. Rather than dissipate energy on questioning the morality of Dr Aluko or his lack of integrity, what is crucial is to investigate the allegations now and bring the perpetrators to book. We should focus on the message more, not the messenger.

It is the same attitude of Nigerians that would make analysts question the integrity of former President Olusegun Obasanjo in writing a letter to the Senate. It is good to hold public officers accountable and the former President should rather be commended for intervening as and when due in the polity. He could have opted to see no evil and hear no evil like other elder statesmen who would not want to be insulted. The fact remains that even if Obasanjo contributed to whatever is wrong with Nigeria in a way, he has taken it upon himself to be a part of righting the wrongs of the past so that our present and future may be better. His principled opposition to the previous regime of goats that depleted our barn is a case in point.

Whether Obasanjo introduced corruption into the Senate or not is not the issue, as Senator Dino Melaye would want us to believe, what is important is the veracity of his message: the National Assembly should be sensitive to the economic plight of Nigerians and shelve the idea of buying additional cars for themselves.

In essence, it is the way the Federal Government addresses the humongous allegations and sordid revelations that recently emanated from Dr Aluko that will prove to the long-suffering masses, who are still waiting with bated breaths for the dividends of change, that they are in for change “for real” or they are in “one chance”.

Hounding and intimidating Dr Aluko, rather than using him more appropriately as a witness, will be one colossal mistake that we can make as nation. What is certain is that all those who are indicted by his revelations would want to deal with him ruthlessly to further cover their tracks. It is not only necessary but also expedient that he is given due protection till the investigations are concluded and perpetrators awarded their due sanctions.

The rate at which our currency falls in value these days, if not arrested, I hope it is not on its way to the Zimbabwean Dollar. Apart from the spike in the prices of goods and services, blamed on Naira’s descent, many states are finding it difficult to pay their workers’ salaries as and when due. The private sector is also groaning.

The implication is that Nigerians are suffering and there is an urgent need for President Muhammadu Buhari’s economic team to roll their sleeves and work. Nigerians are counting months since the President assumed office and it is this month last year that we all explored in unison to FEBUHARI before we were made to MARCH for him.

A visit to the hospital will make one shed tears as people die because of conditions that a few hundreds or thousands of Naira could have addressed. Despite the hardships that are associated with gaining admission to Nigerian universities, some students scale the hurdles and still find it difficult to pay the required fees, ultimately losing the opportunity.

Let’s rescue the Naira. Any further fall may prove fatal.