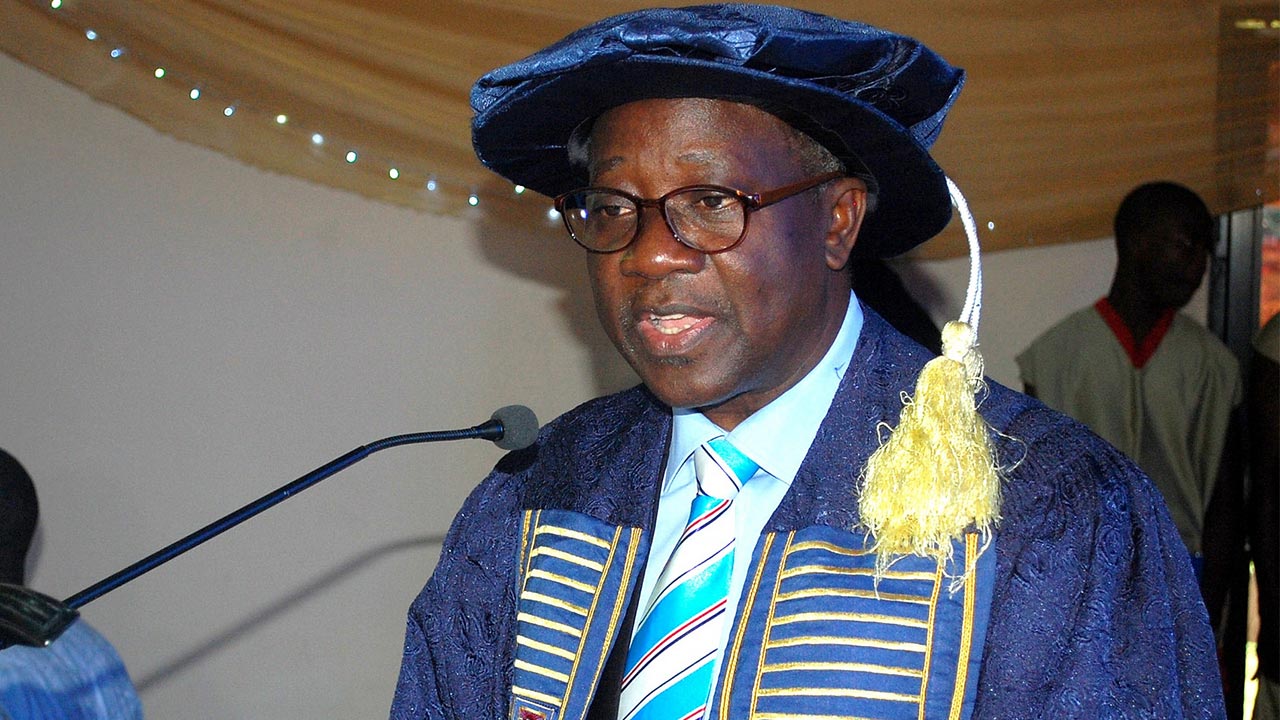 Today, April 4, is another momentous day in the annals of the University of Ilorin as one of its foremost scholars, indeed, one of its foundation dons, attains the significant and retirement age of 70. It is thus another bitter-sweet moment for me, as I have had reasons to feel twice earlier in the year, to pay a deserved tribute to a gargantuan intellectual and literary figure, Professor Olu Obafemi, who bestrode the University of Ilorin and the Nigerian academic, literary cum media scene like a colossus for 44 years, making him one of the most senior professors in the Nigerian university system as a whole.

Apart from being an A-list professor, whose students themselves have produced professors, Olu Obafemi is one of the most recognisable names in Nigeria and Africa as a committed teacher, creative writer, media practitioner and public intellectual whose vast contributions to humanising humanity are etched in gold. It is therefore not surprising that today, Prof. Obafemi stands tall as one of just 76 Nigerians ever to be found worthy of being garlanded with the Nigerian National Order of Merit (NNOM) award, the highest special honour in Nigeria “conferred only on academics and intellectuals who have made outstanding contributions to the academic growth and development of the country”, as I wrote following his decoration by President Muhammadu Buhari on December 5, 2018 in “Men of the Year”. (

Born on April 4, 1950 in Akutukpa Bunu, Kabba, Kogi State, Olu Obafemi started his primary education in Kabba before attending Government Secondary School, Dekina, and Titcombe College, Egbe, for his secondary education. After his university education at Ahmadu Bello University (1972-1975), where he cut his teeth as a writer, having written and produced his first play, Pestle on the Mortar , there as an undergraduate, Olu Obafemi proceeded to the University of Sheffield (1977-1978) and the University of Leeds (1978-1981), both in the United Kingdom, for his M. A. and Ph.D. in English respectively.

As a better by far academic ambassador, Prof. Olu Obafemi has served as External Examiner and Visiting Professor to many universities in Nigeria, Africa, America and Europe, including the University of Lagos, University of Abuja, Nasarawa State University, Keffi, Nigeria; University of Limpopo, South Africa; Western Illinois University, Macomb, Illinois, USA; Tennessee Technological University, USA; University of Leeds, UK; and University of Beyreuth, Germany, among others. As a media practitioner and celebrated columnist, this intellectual juggernaut who started column writing in 1981 with Sunday Herald and later Forerunners , has written for a number of Nigerian newspapers. Specifically, over the past four decades, Prof. Olu Obafemi has been a columnist at various times with such media organisations as The Punch , Triumph , Today’s Magazine , Post Express , Comet , This Day , Daily Sun and Daily Trust .

Like a peacock among birds, Prof. Olu Obafemi stands out in resplendent colours within the Nigerian academic and literary circles as a former Chairman of the Association of Nigerian Authors (ANA), Kwara State (1992-1996), National President of ANA (2002-2005) and immediate past President of the Nigerian Academy of Letters (2016-2018). He is a Fellow of the English Scholars Association of Nigeria (FESAN), Nigerian Academy of Letters (FNAL), Society of Nigeria Theatre Artists (fsonta) and was at a point a Commonwealth Fellow to his alma mater, the University of Leeds.

Then, like a brilliant star in the galaxy of achievers, this distinctive don and amiable administrator at various times shone brightly as Chairman of the Board of Directors, National Commission for Museums and Monuments; Chairman, Committee of Chairmen of Federal Culture Parastatals; Member of the Governing Council of the National Institute of Cultural Orientation (NICO) and Director of Research at the National Institute for Policy and Strategic Studies (NIPSS), Kuru. He is currently the Chairman of Reproduction Rights Society of Nigeria (REPRONIG), among other responsibilities he still discharges for humanity.

When Prof. Olu Obafemi was 65 years old five years ago, I recalled my personal encounter with him because he left indelible footprints on my psyche. I noted that a festschrift, Larger Than His Frame , was produced in his honour in 2000 and when he became 60, an international conference was convened to celebrate his academic exploits, adding that “the academic world can’t wait for him to be 70 in 2020.” This was because I could forecast that Nigeria and indeed the world at large would feel the pulse of the vibrations in honour of a great man of diverse dimensions who has paid his due in full (

The year 2020 is here and The Olu Obafemi Week , under the auspices of the National Committee on Olu Obafemi’s 70th Birthday, ably coordinated by Prof. Duro Oni of the University of Lagos and Prof. Sunday Ododo of the University of Maiduguri, in conjunction with the Department of English, University of Ilorin, under the Headship of Prof. Abdullahi S. Abubakar, should have celebrated him with the second National Conference of the Department, themed “Language, Literature and Media in the Service of Humanity”, beginning from March 31 till the whole activities reach their climax today with a birthday lecture, book presentations and a grand luncheon.

If not for the intrusive Coronavirus pandemic, the University of Ilorin would have been electrified by the premier of Ajon : The Legend who Made a King(dom) , the latest work of this prolific and prodigious academic phenomenon. In fact, the world would have witnessed the super don on the podium delivering his valedictory lecture before now and today would have been a convergence of minds at the Birthday Lecture, “The Nature of Reality and the Unity of Knowledge” by Prof. Francis Egbokhare, President of the Nigerian Academy of Letters. Nevertheless, Larger Than His Frame II , edited by Professors Oni and Ododo and Humanities as Curative Prognosis for the Nigerian State by Prof. Olu Obafemi and other activities, including the conference, will still roll out in due course.

If there is another scholar who has transmogrified to a living legend by the apotheosis of his tireless exertions, it is Prof. Olu Obafemi with over twenty creative works and about 150 academic papers in reputable outlets to his credit, apart from thousands of opinion articles in various newspapers. Today, in our current global regime of social distancing, self isolation and quarantine, it is still a celebration of excellence as we all hail the living legend of literature, the king of intellectuals and the doyen of scholarship, the prolific and preeminent Olu Obafemi at the milestone age of 70! Igba odun , odun kan ni o !