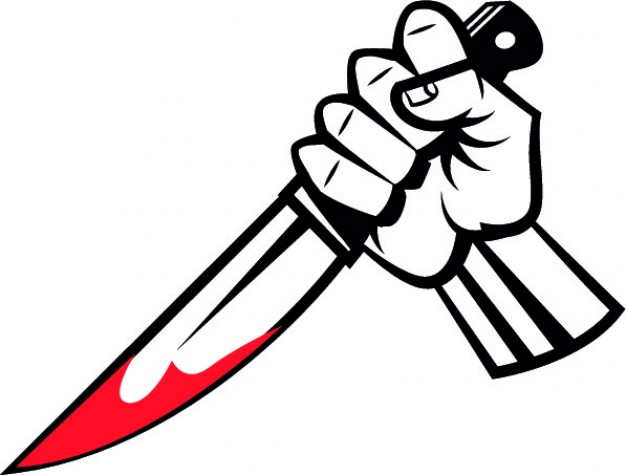 The politics of bloodshed

In her book, “The Karma Club”, Jessica Brody wrote that “Karma comes after everyone eventually. You can’t get away with screwing people over your whole life, I don’t care who you are. What goes around comes around. That’s how it works. Sooner or later, the universe will serve you the revenge that you deserve.”

The profundity of that quotation seems to be lost to many emergency politicians and circumstantial leaders in Nigeria who play the politics of perfidy (POP). Either by utter heedlessness or sheer lack of wit, people in power (PIP) continuously forget the canonical Newton’s law, which simply states that “every action must have a reaction.”

The unfolding drama in Adamawa State is a classic political thriller. It was former Governor Murtala Nyako that first stirred the hornet’s nest through some perceived “dangerous utterances” at a three-day symposium themed, “Current Economic, Social and Security Challenges Facing Northern Nigeria” held between March 17 and 19, 2014 in Washington DC, USA.

At the event, organised by the United States Institute of Peace, the former Chief of Naval Staff made some statements that made everyone to literally scamper for cover. Not done, a day after the Chibok girls were abducted or April 16, 2014, he released another bombshell through a nine-page memo on the “Ongoing full scale genocide in Northern Nigeria” addressed to his fellow Northern Governors.

That was when Newton’s law came to effect. In other words, an activation of political intrigues, sabotage and manouvres subsequently hounded him out of office and town for daring to speak his mind. He also received vicious attacks from virtually all sides.

It was the consequence of the same chemical reaction that shot the former Acting Governor, Alhaji Ahmadu Fintiri, to national prominence or notoriety, depending on the camp anyone belongs. He played the role of Man Friday and then went beyond his script to attempt to “capture” the office he did not contest for.

Fintiri assumed that a hotel room is a permanent accommodation and started to hang his photographs on its walls. He bit the fingers that fed him and thought that becoming a substantive Governor was already what Shakespeare would call a “foregone conclusion”. He fumbled and fumed and seemed to have everything going his way.

Then, he was coasting to victory, supposedly, in the by-election slated for the last weekend (October 11, 2014) when the judgement of Justice Ademola Adeniyi yanked him off the seat that he most inelegantly occupied. To call a long story short, Humpty Dumpty fell off the wall.

The spontaneous excitement and wild jubilation across Yola, as a microcosm of Adamawa State, when the previously humiliated Deputy Governor to the former Governor Nyako, Mr James Bala Ngilari, was sworn in last Thursday demonstrated the mood of the citizens. Like a dry leaf destined to fall, his last-ditch fluttering could not save him from leaving the exalted position. He unceremoniously parked his things out of the Government House bringing more odium to his already battered image through the beating up of the Adamawa State Correspondent of this newspaper (Daily Newswatch) for the “crime” of doing his job. His goons in uniform carried out the merciless beating.

The law of Karma or retributive justice has manifested fast on the former Acting Governor. The rule of law has prevailed over the shenanigans of swagger and back-stabbing. It is in his interest to accept the olive branch being extended to him by Mr. Bala Ngilari, “the eagle landing”, as Sam Omatseye brands him, lest he suffers more in the scheme of things.

Having survived the first stage of what could have been a double jeopardy by being retained as the Speaker of the Adamawa State House of Assembly, what Alhaji Fintiri needs to do now is to introspect and accept what Mr Ngilari calls the act of God.

In a modest and sober speech after he was sworn in, the new Governor waxed scriptural when he said, “God…gives power to whoever He chooses. We acknowledge the divine power of God in all that happened. The holy books of both religions subscribe to the fact that power belongs to God and He gives it in trust to whosoever he wills.”

He also promised to “build a society based on justice, equity, fair play and I will work with all arms of government for the speedy development of the state.” The identified points constitute the bane of governance in Nigeria where justice is lacking, equity is relegated and fair play is shunned in all aspects of national life.

Since Fintiri hails from the same ward as the new Governor, many people had felt that his position as the Speaker was in the wings based on the principle of the federal character or spread. As he is back to his old seat now, he should accept the will of God and desist from embarrassing himself with empty gloating and aggressive rhetoric, the type of which he still resorted to while resuming duty earlier in the week.

“The legislature”, he was reported to have told his colleagues, “as the defender of democracy will exercise its constitutional duties of ridding Adamawa of bad governance once again without hesitation”. He also massaged his own ego, saying, “as I happily resume my duties as the Honourable Speaker once again after a brief but action-packed stint as the acting Governor of Adamawa State, I thank honourable colleagues for the overwhelming co-operation I have enjoyed as your ambassador in the executive arm.”

Meanwhile, the implication of the recent political theatrics in Adamawa for our collective renaissance is that everyone will pay once way or the other, now or later, for treachery, crime and atrocities committed. It is gainful to recall that about two years to his death, the late mercurial journalist, Dele Giwa, wrote on August 30, 1984: “No evil deed can go unpunished. Any evil done by man to man will be redressed, if not now, then certainly later, if not by man, then certainly by God, for the victory of evil over good can only be temporary”.

Let Fintiri be grateful that his own misdeed has been redressed through his reversal to status quo ante. He should therefore take what he has and draw the appropriate lessons. For others, their own law of Karma is just around the corner, incontrovertibly.

People can only hide, they cannot run away sooner or later from the cruel hands of fate and retributive justice. This is because, as Brody was earlier quoted to have said, “…Sooner or later, the universe will serve you the revenge that you deserve.”