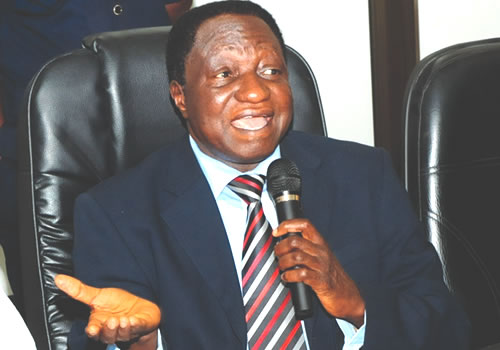 Socrates was a Greek philosopher who changed the course of history as the father of Western thought. A scholar, teacher and thinker, whose students included Plato and Alcibiades, his influence remains dominant as it was he who established the centrality of an ethical system based on human reason rather than theology.

Socrates pointed out that human choice is motivated by happiness, a thread that continues to define Western civilization. His impacts traverse education, philosophy, politics, ethics, and epistemology, among other areas. He lived between 469 BC and 399 BC without writing much, if at all he wrote anything, but the legacy he left on education continues to be felt till today. Three of his footprints on the sand of education and aspects of their implications are here discussed:

In simple terms, the Socratic Method is an approach of teaching that involves having a conversation with learners, questioning their assumptions and making them to gain deeper understanding through thinking out the solution. It is a way of leading students to discovery by asking leading questions.

Today, it is not sufficient to give pieces of education or information, it is more important to make learners question and interrogate views so that they may have their independent judgements. Gone were the days of the sage on the stage. The sage was unquestionable and he was the Alpha and Omega of wisdom as he talked and chalked and walked across the classroom dishing out unquestionable information.

Education is a collaborative activity in which teachers develop the learners’ ability to think through conscious cultivation, not just assuming impartation. Like education, politics is also a collaborative activity in which the leader is just one among equals, as all human beings are created equal, and not the emperor where everyone else is a subject.

Effective leadership therefore lies in encouraging participation in such a way that leaders develop the capacity of people to proffer solutions while using the solutions for the collective good. A leader who thinks he knows everything has failed because the limit of his knowledge is the beginning of someone else’s understanding.

In this respect, no one should be underrated in the classroom or in the society. This is because everyone counts, the leader and the led, the bourgeois and the proletariat, in the business of ideas.

The Life of Value

In his theory of value, Socrates posited that there are two types of knowledge, the ordinary knowledge and the higher knowledge, the latter of which can also be described as applied knowledge. The ordinary knowledge provides just specific information and having it does not confer on its possessor any special expertise or wisdom. There is no doubt that there is a lot of useless knowledge out there. People memorise facts and figures that ultimately do not amount to anything and does not accord the memoriser any value. This is knowledge for the sake of knowledge.

In Socrate’s philosophy of education, the most important of all knowledge is knowing “how best to live.” If one knows much and does not know how to live harmoniously with others, one is as good as ignorant.

Contrary to the Socratic theory of knowledge being about “how best to live”, the reality of today is that millions of people that are supposedly knowledgeable are only versed in ordinary knowledge manifesting in the accumulation of degrees, diplomas and certificates. It is quite easy for people with high-sounding academic titles and appellations to be pathetically ignorant especially when such titles do not translate to what really matters: how best to live.

If Africa and other developing of the world, for example, there is a culture of primitive accumulation of national resources by the ‘educated’ elite. They are knowledgeable but their knowledge is ordinary, they only regurgitate facts and figures and speak foreign languages but they are corrupt and evil. To achieve their political ambitions, people lie, slander, kill, slaughter and go to any imaginable extent. That is definitely not how to live.

The Theory of Learning

In his 2000 book, Socratic Wisdom, Hugh Benson discusses what learning meant to Socrates. According to him, learning is nothing more that seeking of truth of matters and “it occurs when after questioning and interpreting the wisdom and knowledge of others, one comes to recognize their own ignorance.”

Accordingly skills and knowledge are acquired through eight activities: 1) interpreting the statements of others; 2) testing or examining the knowledge and wisdom of those reputed (by themselves or others) to be wise; 3) showing those who are not wise their ignorance; 4) learning from those who are wise; 5) examining oneself; 6) exhorting others to philosophy; 7) examining the lives of others; and 8) attaining moral knowledge.

The implication of the foregoing is that learning is always in a state of flux and there is no end to it. It is also an activity concerning both the teacher and the student. There must be a conscious effort in choosing who to learn from because teachers do teach nonsense, which finds itself into the system of the students.

A GLIMMER OF HOPE

When America sneezes, the whole world catches cold because she represents the standard of judgement in governance for many people. Therefore, not few people were shocked that the American democracy is unraveling with the attitude of President Donald Trump and the desperation of some of his ardent followers who are ready to go to any extent, including violence and war, should the standoff continue. Should Trump succeed in dragging America into a civil war, history will not be kind to him and his supporters.

Fortunately, there is a glimmer of hope with some of his recent Tweets.