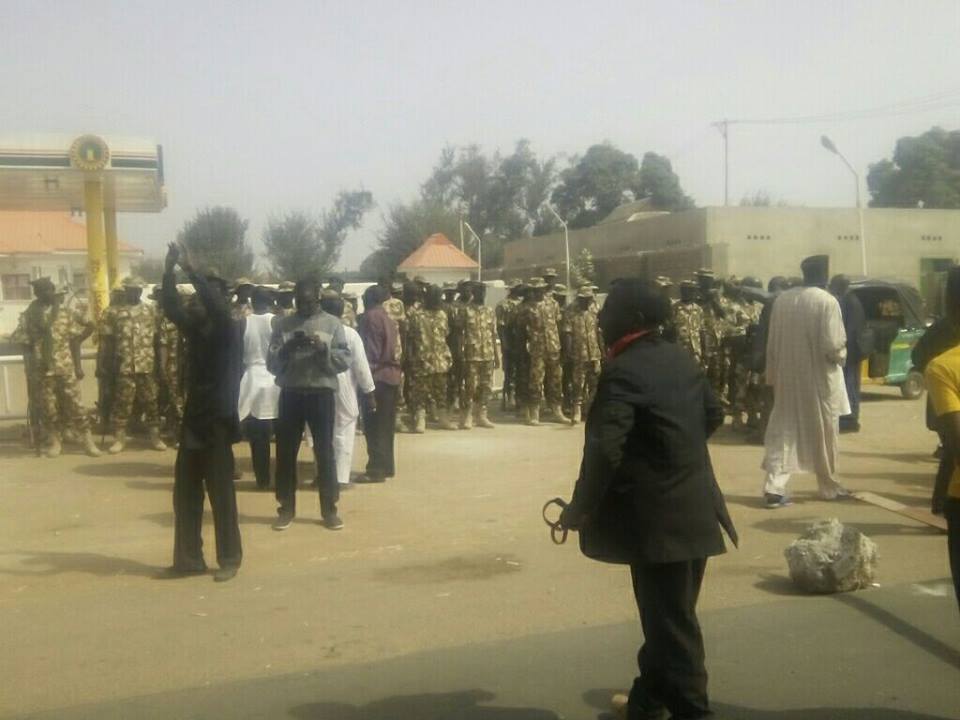 On Saturday, October 22, 2016, news broke that a PhD graduand of the University of Ilorin died just a few hours to his convocation ceremony. While it was another tragic news to many people in our tragedy-generating country, to me, it was not news, it was a heart-shattering reality. The late Dr Abdul Hafeez Adeniyi Adedimeji was my immediate elder brother.

The late Dr Adedimeji was a good head and a good heart that Nelson Mendela called “a formidable combination”.  He lived a life worthy of emulation, a life devoted to learning and impacting on others. Born on July 30, 1970 in Iwo, Osun State, he had his primary education in St. Anthony Roman Catholic Primary School, Ile Idisin, Iwo, after which he attended St. Mary’s Grammar School, Iwo. During the period, he also completed his intermediate Arabic and Islamic education at our father’s Islamic Youth Centre, Iwo.

After his secondary education in 1987, he proceeded immediately to the Arabic Institute of Nigeria, Elekuro, Ibadan, and graduated on top of his class in 1990. He followed up with an Arabic Teachers Diploma of the International Islamic Relief Organisation (IIRO) also in Ibadan, while he also worked as a teacher in his alma mater.

Between 1992 and 1994, my brother was a teacher at our Islamic Youth Centre. With his excellent O’ level results in the kitty, he knew he must proceed to the University. So, he sat for the University Matriculation Examinations in 1993 and passed, gaining admission to study English at Obafemi Awolowo University, Ile-Ife, in 1994.

The long strike of the Academic Staff Union of Universities (ASUU) in 1994 provided him an opportunity to accept the scholarship of Saudi Arabia to study Arabic in the Kingdom. Therefore, between then and 2004, he was in the holy city of Medinah, acquiring the best of Arabic and Islamic Education. He first obtained his Arabic Fluency Diploma in 1995, then followed up with a first degree in Arabic (Second Class Upper Division) in 1999 and later a Master of Arts Degree in Arabic Rhetoric (First Class) in 2004.

A brother, friend and confidant, we decided he should return home for his PhD in order to blend seamlessly with the Nigerian university system. After his youth service as a teacher at the Federal Government Girls’ College, New Bussa, between 2005 and 2006, he taught at Imam Malik College, Ibadan, from 2006 to 2008.

Dr Adedimeji joined the services of Al-Hikmah University, Ilorin, in 2008 and shortly after  became the College Officer of the College of Humanities. He would soon become a doctoral student of the University of Ilorin two years after he arrived Ilorin. In 2012, he joined Fountain University, Osogbo, as a Lecturer in the General Studies Unit. He was also the Grand Imaam of the University.

His entire life had been devoted to intense learning, studying, preaching, teaching, researching, service and  public intellection. Three weeks before his death, he performed his last major academic exercise at a conference in Casablanca, Morocco, where he dazzled his global audience with his mastery of Arabic and English as a simultaneous translator.

Prophet Muhammad said learning is from the cradle to the grave and my beloved brother and teacher lived it to the full. He might have completed his PhD since September last year when he successfully defended his thesis and awarded his PhD earlier in the year, the fact that he would be formally conferred with his degree on the same Saturday he died was kismet. God is unquestionable: we come from Him and we return to Him ultimately.

As Vicki Corona once said, “Life is not measured by the number of breaths that we take but by the moments that take our breath away.” My brother lived an awesome life devoted to acquiring knowledge, promoting peaceful co-existence, advancing scholarship and serving his Creator. Based on his erudition and personality, he was a man in a million and a loss to humanity.

When all is said and done, we appreciate that everyday, death fires its arrows.  Whoever escapes the arrow today will surely be hit another day, one way or another. He lived great. He died great. May the Almighty Allah grant Him Aljannah Firdaws!

Re: Be wordwise: communicate peacefully

Good afternoon, Mahfouz. I have read all you have written about being civil and polite. And I think I have done my best to remain within the realms of the positive attributes that you mentioned. But in a world full of guile and strong arm tactics, people take advantage of you and make you appear helpless and pitiable. But that is even the Victory of the sublime and humble mind. We shall endure much to stay above the pale of competition and strife. I’m a Christian and all you have said sums the Perfect Profile of Jesus Christ. Dalu Sir. – Obu UDEOZO