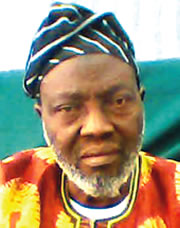 In his congratulatory message to the United States President-Elect, Joe Biden, and Vice President-Elect, Kamala Harris, on November 7, 2020, former President Olusegun Obasanjo of Nigeria struck a chord in millions of people across the world in his characteristic bluntness. The former military Head of State, who became widely acclaimed for voluntarily handing over power to a civilian administration in Nigeria in 1979 twenty years before he would still democratically emerge as president of the country, is reputed for not being diplomatic in expressing his views on both Nigerian and international public affairs.

While congratulating President-Elect Joe Biden on his electoral triumph, Chief Obasanjo noted, “It is victory of good over evil and it is not victory for you and the people of the America alone, but victory for most people in the world, majority of whom watch helplessly as the world that had been steadily and painstakingly built since the end of the Second World War was being pulled down.” Though the three-paragraph letter contains factual inexactitudes like asserting that America is the largest economy in the world (China is, not America any longer) and that Kamala Harris is “the first African-American female Vice President-Elect” (she is Asian-American), the thrust of the congratulatory message is that the victory of Joe Biden over Donald Trump is representative of how good ultimately trumps evil.

Now, considering President Donald Trump evil is a sentiment shared by millions of Americans and a multitude of people around the world. However, to give the devil his due, it is debatable that as President, not minding his person, Donald Trump is evil to the world. As a matter of fact, it can be argued that President Donald Trump at the international stage is one of the most pacific Presidents of the United States given the way he saved the world the tragedies that would have trailed military confrontations with North Korea and the Islamic Republic of Iran as ardently desired by some interests.

The truth is that since the dawn of the 21st century, American Presidents have developed a penchant for waging wars on other lands but this has not happened under Trump. For example, George Bush took the US war to Afghanistan in 2001, to Iraq in 2003, to Northwest Pakistan in 2004 and to Somalia in 2007. Barrack Obama took war to Libya in 2011, Iraq and Syria in 2014 and Yemen in 2015. Apart from colossal human and material losses to the citizens of those countries, the repercussions of these unfinished wars are still being felt across the world. In West Africa, weapons that originated from the collapsed Libya end up in the hands of terrorists, insurgents and bandits, thereby fueling violence and conflict.

In spite of his sabre-rattling, President Trump avoided war with North Korea and even surprised everyone by meeting Chairman Kim Jong-Hu in Singapore in June 2018. The meeting was symbolic as it marked a new dawn in the tense relationship between the US and North Korea. Besides, despite the dangerous exchanges and near-disaster encounters on the Persian Gulf and the condemnable assassination of a top Iranian commander in Iraq, Trump still managed to avoid direct warfare with Iran. Admittedly, he irked the international community by opting out of the Joint Comprehensive Plan of Action (JCPOA) or the Iran Nuclear Deal and treated Palestinians with contempt by moving the American embassy to the contentious Jerusalem.

What could have been responsible for the negative perception of Donald Trump and his colossal electoral defeat at a scale unprecedented in American history? There are many answers that can be given to this question but the most strident is his immense capacity to engage in bad talk in real life and online. The quality of President Trump’s linguistic habit is far below his office and for the first time, state affairs are conducted with casual comicality. He spares no opponent or anyone who crosses his path with his vitriolic attacks including personal abuse.

On January 28, 2016, the New York Times provided details of the 598 people, places and things Donald Trump had insulted on Twitter. The article highlighted “a detailed list of the journalists, politicians and places President Trump has insulted since declaring his candidacy.” Though people thought he would change as president from how he engaged others as a candidate, he continued true to type attacking everyone, posing as Mr Know-all at any given opportunity. His is a classic example of how not to talk as a leader.

In June 2017, he said people from Haiti “all have AIDS” and in January 2018, he asserted that people from Haiti, El Savador and African countries are from “shithole countries”.  In May 2018, he called undocumented immigrants “animals” and in May 2018, he said migrants were “criminals” while aiming at Elijah Cummings, a Maryland congressman, he said his district is “a disgusting rat, and rodent infested mess.”

His attacks on women were horrible. He called Hillary Clinton a “nasty woman” branding her “Crooked Hillary”, denigrated his former White House aide Omorosa Manigault as “that dog”, humiliated TV host Megyn Kelly by calling her a “bimbo”, dismissed the 1996 Miss Universe beauty pageant winner, Alicia Machado, as “Miss Piggy” and rubbished California Representative Maxine Waters as “an extraordinarily low IQ person”. He has described people he disagreed with as “clown”, “dummy”, “phony”, “lightweight”, “dopey” “spoiled brat”, “pathetic”, “obnoxious”, “low class slob” and much more. This bad talk mentality is neither dignifying nor presidential. He only succeeded in lowering himself and the US in the eyes of the world.

However, rather than be distracted by being called “Sleepy Joe” during the presidential campaign by President Trump, Joe Biden only said what is good and honorable. He carried himself with dignity and grace, spoke with empathy and candor, addressed issues and not personalities and emerged as a true presidential material. He soon appealed to the electorate who wanted a breath of fresh air from the toxicity and tantrums of President Trump. His speech after his victory belongs to the classics as it addresses the core issues in a fascinating, readable manner.

THE TURKEY, THE BULL AND THE BULLSHIT

There is a story I once shared with an audience which eventually made its way into a column in April 2016. It is about the turkey and the bull, the two of whom were having a chat one day.

“I would love to be able to get to the top of that tree,” sighed the turkey, “but I haven’t got the energy.”

“Well, why don’t you nibble on some of my droppings?” replied the bull. “They are packed with nutrients,” he added.

The turkey pecked at a lump of dung, and found that it actually gave him enough strength to reach the lowest branch of the tree. The next day, after eating some more dung, he reached the second branch. Finally, after the fourth night, the turkey was proudly perching at the top of the tree.

Then, he was spotted as a big bird by a farmer, who shot him out of the tree and out of life.

The LESSON is that bullshit might get you to the top but it won’t keep you there!

In all situations, bullshit should be avoided as it ultimately backfires.