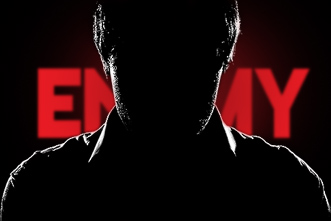 Enemies of the President

Two days, two deaths, too much

The whole nation was shaken to its foundation by the successive deaths of two illustrious citizens last Friday and Saturday (June 6 and 7, 2014). It happened that as the country was mourning the death of the late Emir of Kano, His Royal Majesty, Alhaji Ado Bayero, which occurred last Friday, the following day, Nigerians were shell-shocked further by the transition of the former Minister of Information, Professor Dora Nkem Akunyili.

Incidentally, both Alhaji Bayero and Professor Akunyili had respectively survived multiple assassination attempts and death rumours. Their deaths ultimately are a further confirmation of the immateriality of life and the fact that if love and admiration were to prevent death, the foremost traditional ruler and the former National Agency for Food and Drug Administration and Control (NAFDAC) Amazon would still be among us. The whole country, from the North to the South, is still united in grief on account of the departure of the two colossuses. And the grief on account of the two is too much to bear!

For the late Emir of Kano, tributes have been pouring in in torrents and one significant component of the eulogies is that he was a bridge-builder, the type of leadership quality Nigeria sorely requires. Many people recall his close association with the late Chief Odumegwu Ojukwu and his enduring friendship with the Ooni of Ife, Oba Okunade Sijuwade. Accounts are given of how his singular intervention prevented the killing of many of our Igbo compatriots in Kano during the heady days that preceded the unfortunate Civil War.

As the nation thus mourns the revered ruler that had a long and accomplished reign, during which his kingdom attained significant heights, including producing iconic and global personalities, the legacy of his life that Nigeria needs now is inter-ethnic solidarity and friendship. Building a nation requires the attitude of the late Emir who had close associates outside the confines of his ethno-religious affinity.

Taking a cue from the late Emir, the current tension in the land can be diffused through the promotion of genuine “pan-Nigeriana” among our political leaders. There is no doubt, despite the occasional rantings and antics of few ethnic jingoists and religious bigots here and there, that Nigerians still want to live together as one people united by a common destiny. The wisdom in the adage, unity is strength, is not lost to a vast majority.

Thus, we can do a lot by building on the Emir’s legacy and extending a hand of fellowship to others beyond our ethnic and religious cocoons into which much of our political leadership has retreated. In essence, it is not enough to laud and eulogise the virtues of the late Emir, what is important is for us to imbibe lessons from his life and adopt those sterling qualities that will make him endure in the hearts of millions of people for many years to come. May Allah grant him Al-Jannah Firdaows!

On her part, the late Professor Dora Akunyili was a symbol of courage and commitment to public good. As Director-General of NAFDAC, the well-respected public servant took several risks in the interest of the nation. Not only did she stoically fight the menace of fake drugs which pitted her against some of her own people, she did not relent despite several threats to her life and Nigeria became better for it.

When she held sway, the fear of NAFDAC was the beginning of wisdom for unscrupulous businessmen dealing in fake and expired drugs which resulted in the death of many Nigerians. At a time, having “NAFDAC number” was the metaphor for authenticity. In the national lexicon of the day then, many a girl would denounce a boy for having no “NAFDAC number” or not being trustworthy. That was the extent to which her efforts registered in our national consciousness.

Subsequently as Minister of Information, Professor Akunyili played a patriotic and courageous role during the tension that enveloped the land on account of the illness of the late President Umaru Musa Yar’Adua and the infamous role of the so-called “cabal”. Her attempt to read her paper, entitled “State of the Nation” on the floor of the Federal Executive Council on February 3, 2010 was adjudged “the most critical push” to resolve the politics of presidential illness then.

In his deeply-engaging book, “Power, Politics and Death” (2011), Segun Adeniyi recalls Akunyili’s intervention thus: “Arguing that the polity had become overheated to an intolerable level, Akunyili said posterity would judge members harshly if they did not positively intervene to resolve this logjam. ‘He (President Yar’Adua) has been away for about 70 days now, even if he returns tomorrow, is it not better for him to rest and recover before taking over from the Vice-President? We need to do what is morally right and constitutional for the President to officially hand over to the Vice-President to function as Acting President. If he does not, we can evoke whichever aspect of the constitution that should make the Vice-President an Acting President’ ”.

What Dora Akunyili said ultimately led to the concept of the “Doctrine of Necessity” by which barely a week after, the Vice-President was vested with the powers of the Acting President by the National Assembly. That was how Akunyili’s courage saved the nation from a serious political crisis escalated by intrigues. Akunyili as NAFDAC boss saved the lives of many through her single-minded war against fake drugs; Akunyili also as Minister of Information saved the nation from a logjam by insisting that the right thing be done. May God multiply her kind!

Nigeria was at a critical point at the beginning of 2010 when some powerful “cabal” did not want the then Vice-President Goodluck Jonathan to be made Acting President. The rest is history. On the first day Dr Jonathan assumed office as Acting President or February 10, 2010, he said, quoting from Segun Adeniyi’s book again, “…public officials should at all times be guided by public good regardless of their personal inclinations.”

Like President Jonathan and the cabal, the new Emir of Kano, His Royal Highness, Mallam Sanusi Lamido Sanusi, has a fair share of some powerful “cabal” that would not want him to ascend the throne of his forebears. These powerful people failed, as they failed from preventing Jonathan Presidency. It is a great lesson that whatever God has decreed, no amount of intrigues and subterfuge can alter it. Dr Jonathan became President against all odds; Mallam Sanusi became Emir against all odds.

Since God has decided in both cases, further hostilities would amount to challenging God. Let the President and the Emir close ranks as the two “God-chosen” leaders put the past behind them and chart a new future for the country.

Your Royal Highness, SLS, may your reign be long and blessed! I salute you!