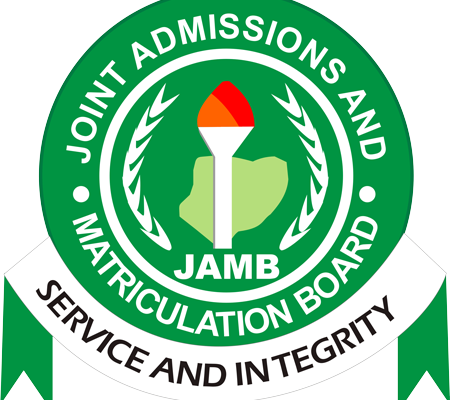 The world is now a dangerous place as a result of all kinds of atrocities being perpetrated by mean and evil people who are just a minority. However, in a bid bring them to book or exact revenge, additional atrocities are being committed leading to more injustice. The axiom that when the sinners are being punished, the innocent also get a share of it is a sordid reality of the victims of many wars against separatists, bandits, insurgents and criminals around the world.

A major threat to our wellbeing is that in a bid to fight crime and injustice through strong arms tactics, additional crimes are committed. Innocent people’s lives and freedoms are violated by both state and non-state actors while the enlargement of the vicious circle of conflict is being witnessed with the increasing militarization of the civil space.

In Africa and other parts of the world, all sorts of armed men, apart from the traditional military and police, are being created or emerging. There are more weapons in circulation more than ever before because everyone is fighting to restore peace, gunning for justice, seeking revenge or just being mean.

In Nigeria for example, a report from the SBM Intelligence in October 2020, tagged “Small Arms, Mass Atrocities and Migration in Nigeria”, indicated that the proliferation of small arms and ammunition is the driver of violence and insecurity in the country as “the number of small arms in circulation in Nigeria, in the hands of the non-state actors, is estimated at 6,145,000 while the armed forces and law enforcement collectively account for 586,600 firearms.”  In essence, the number of illegal firearms in circulation in Nigeria is more than the population of some countries.

As many people seek the nebulous “justice” and desire “freedom” through violent means, traditional cultures, religious values and social norms that used to wield people together in the past are fast disappearing. There is mutual suspicion as people who are supposed to live together as common humanity are at daggers drawn with one another as the world is braced for mutually assured destruction.

Resentment is rife and there is anger in the air almost everywhere. While people resent those who have wronged them, people are angry because there is a mismatch between their life expectations and realities. Everyone desires happiness but happiness is strange in many homes being beaten by hunger and in many hearts coping with frustration and disappointments. For millions, life has become so meaningless that they only exist as creatures, they don’t live. Virtues are disappearing and vices are being normalized.

One important way of restoring the waning ebb of humanity and enjoying peace, both internal and external, despite the suffocating stench of peacelessness and violence all around us, is to imbibe and promote the spirit of forgiveness. The benefit of this spirit does not just lie with the forgiven person, who is saved from harm or attack, the forgiver himself enjoys calm rather than storm. As Catherine Ponder once noted, “When you hold resentment toward another, you are bound to that person or conditioned by an emotional link that is stronger than steel. Forgiveness is the only way to dissolve that link and get free.” Forgiving others is like breaking free from the yoke of emotional captivity.

Apart from being a religious virtue, forgiveness is an exemplary way of life that is relevant to everyone. In the Glorious Qur’an, the Last Testament, Allah says, “…and let them pardon and overlook.  Would you not like that Allah should forgive you?” (Q 24:22). In this context, Prophet Muhammad was also reported to have said, “Be merciful to others and you will receive mercy. Forgive others and Allah will forgive you.”

There are people who have exemplified the spirit of forgiveness by opting to pardon those who committed horrific crimes against them. Perhaps, three cases are sufficient for our purpose.

Though no one wishes to bury one’s child, that was exactly the fate of Sombat Jitmoud, a school principal in Kentucky, USA, who had to bury his 22-year old son, Salahudeen. The boy was gruesomely murdered by Trey Relford. What did Mr Jitmoud do? He embraced his son’s murderer with open arms and saved the perpetrator from death penalty to years in prison. His reason: “Forgiveness is the greatest gift of charity in Islam,” so, he opted to be charitable and forgiving despite his sorrow.

For Nasser Kurdy of Manchester, United Kingdom, saving lives is his job as a surgeon and he did so excellently while treating Manchester Arena bombing victims in 2017. But he himself was profiled for a hate crime when he was viciously stabbed from behind while on his way to pray at Altrincham Islamic Centre in Cheshire. A survivor of a 3cm wound to the back of his neck, Dr Kurdy was not angry, he rather empathized with the reality of hate. “He is not a representative of what this country stands for. I have absolutely no anger or hate or anything negative towards him. I have declared it, I have totally forgiven him,” he said of his attacker. What a soul!

Then, during the genocide that took place in Rwanda in the 90s, Alice Mukarurinda, a Tutsi lady, ran for her dear life after losing 26 family members to an attack by the Hutus. She later sought refuge in a forested swamp where she hid with her 9-month old daughter and 9-year old niece. They were soon discovered and the two children were gruesomely murdered before her. Her school mate, Emmanuel Ndayisaba, a Hutu, lifted his machete to hack her but she raised her arm for defence, losing her hand in the process. Her face was sliced and her shoulder was speared. She was left for dead by the assailants but she survived. Years after the genocide, Emmanuel, after serving his term in prison, was surprised to see Alice, who he thought he had killed. He sought forgiveness and she forgave him.

IT’S NEVER BETWEEN YOU AND THEM!

As a result of evils that pervade the horizon, kindness and goodness appear to be going into extinction. To make money and attain positions of power for example, people lie, kill, maim and perpetrate unimaginable atrocities without realizing that life is vanity.

The world is fast losing its moorings and there is a need to go back to the time when people were judged by the quality of their minds and the standard of their character, not by the size of their mansions, the number and models of their cars and the digits of their bank accounts.

We all owe it a duty to arrest the march of banality and restore the reign of humanity. In a letter attributed to Mother Theresa of Calcutta, the timeless message begins on a note of forgiveness:

“People are often unreasonable, illogical and self-centered. Forgive them anyway. If you are kind, people may accuse of selfish, ulterior motives. Be kind anyway. If you are successful, you will win some false friends and some true enemies. Succeed anyway. If you are honest and frank, people may cheat you. Be honest and frank anyway. What you spend years building, someone could destroy overnight. Build anyway.  If you find serenity and happiness, they may be jealous. Be happy anyway. The good you do today, people will often forget tomorrow. Do good anyway. Give the world the best you have and it may never be enough. Give the world the best you’ve got anyway. For you see, in the final analysis, it is between you and your God. It was never between you and them anyway.”