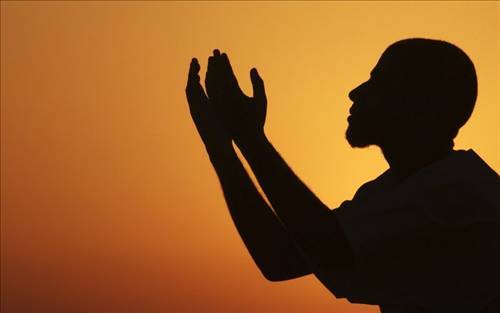 I read the story of an ascetic man who worshiped Allah for 500 years. He secluded himself in a mountain and He spent His entire life exalting the praises of His Lord. He drank spring water and fruits he could pick. He committed no sins. When he died and his soul was lifted to be judged, Allah said to Him, “Enter paradise by My Grace.”

The man complained and said, “By my actions (acts of worship) O’ Lord”. Allah replied him by saying, “You want to be judged?” Then, Allah told the angels, “Make an accounting for him.” The angels deliberated for a while and said, “Let us begin with the blessing of his eyesight. What do you think should be a justified repayment for that?” Their conclusion was, “500 years of worship and dedication with no sin!” At this point, the man freaked out and said, “By your grace O’ Lord, by your grace!”

A deep reflection on the story above would make us realize that it is only with Allah’s mercy that we can inherit Al-jannah. Two, we must always be grateful to Allah for the components of our body structure and every other blessing He has given us for no amount of worship or good deeds we engage in can be equal to these blessings. And we should never be too proud of our acts of worship.

The Prophet (SAW) said, “ ‘None of you will enter paradise by their actions.’ The companions responded, ‘Not even you O Messenger of Allah?’ he said, ‘Not even me, except if Allah encompasses me with His blessing and mercy.”

This however does not mean that we should not strive to do abundant worship. After engaging in the compulsory acts of worship, we must also strive to engage in the voluntary ones like fasting, rawaatib prayers, abundant dhikr, umrah and lots more. We can ask Allah for his rahmah while performing these acts of worship. The Prophet (SAW) who was already promised the forgiveness of his previous and later sins and whose paradise was guaranteed still engaged in night prayers until his legs were swollen. His companions who were given the glad tidings of paradise from earth never relented in worship.

What about you and me?

In addendum, just as we should not expect that our acts of worship guarantee Al-jannah, we should not also expect that they guarantee the fortunes of this world. I was told the story of a sister who attended the Nigerian Law School and failed the bar finals eexaminations. When she came back to write the resit exam, one of her colleagues questioned her about her relenting in worship as she used to do during the first attempt. Her response was, ‘what did I have to show for the frequent mosque-going and all the worship I earlier engaged in?’ She claimed Allah did not compensate her. She thought for all the acts of worship she did, she should not have failed. Allah should have given her some special kind of consideration.

I smiled when I heard the story. The sister got it wrong somewhere. We engage in acts of worship to seek Allah’s pleasure. While doing these acts, of course we can seek for worldly benefits. We can ask Allah to give us our desires. We do this through supplication, and if Allah wills, he gives to us exactly what we want. But, that is not always. We should however not feel short-changed when we don’t get what we want. Allah may preserve it for a better time. He may have a better plan for us. It may be a test from Him to know how strong our belief is. He may even use the prayers we made to forestall an evil that may befall us or at best save them for us till the hereafter.

The blessings of Allah are immeasurable. Sometimes we may desire a thing and it may not be good for us and sometimes that which we do not want may be the best. So, as believers, we must strive to attain Allah’s rahmah and that alone should be our aim. Other benefits we get along the way should be regarded as a plus. May Allah in His infinite mercy grant us the goodness of this world and the hereafter and may he save us from the punishment of the blazing fire.