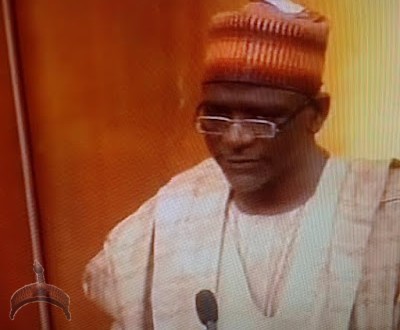 The Deputy Vice-Chancellor (Academics) of the University of Ilorin, Prof. (Mrs) Nike Yetunde Sidikat Ijaiya, is a woman of several firsts. It suffices to say here that she is the first female Deputy Vice-Chancellor of the acclaimed “better by far” University. A UK-trained expert in educational management, Prof. (Mrs) Ijaiya is a judicious blend of academic excellence, cultural efflorescence and religious devotion.

I found her submission illuminating while speaking recently at the opening of the first edition of the “Omoluabi Vocational and Entrepreneurship Training” organised by the National Association of Osun State Students (NAOSS), Unilorin Chapter, under the leadership of Olasupo Abideen.

On the occasion, Prof. Ijaiya asked the students why the unemployment problem pervaded the country. Several hands were raised to provide answers. Everyone provided the usual reasons that are consistent with the familiar blame game: the curriculum; the economy; the school system; the government. In her judgement, everyone was wrong.

Eventually, the Professor revealed that the main reason accounting for the raging unemployment in the land is that the youth have a bad attitude and that relates to what can be called their “get-rich-quick syndrome”. She analysed what she meant convincingly and she drew examples from the immediate community, the larger society and the global arena, especially the United Kingdom.

Prof. Ijaiya’s thesis is that businesses thrive on branches and it is the branches that employ the youth since no government in the world can ever employ everyone. The growth of businesses means expansion and expansion also translates to more offices that will be manned by staff.

The snag in Nigeria, she contended, is that the youth don’t allow businesses to thrive as they are “thieves”. She gave various examples of how businesses she knew of had been closed down due to the greed of the youth employed to manage such businesses by the owners. With the youth always attempting to short-change the employers and make more money out of the business that the real investors, businesses often collapse and offices/branches are closed down.

I am also aware of salary earners who started some small business concerns. When they realized that the businesses were liabilities instead of assets as a result of the greed of the employed sales boys and girls, they closed shop. The greedy youth ruin the business and soon find themselves later in the job market, wishing they did not lose what they had initially.

Essentially, it is said that a bad attitude is like a bad tire and one cannot move forward except one changes it. There is a need for attitudinal change on the part of the students and youth at large in terms of avoiding the pervasive get-rich-quick syndrome. Those who think life immediately after school is Eldorado, with posh cars and big mansions, are mistaken. They don’t realize that they must dream big and start small, just as Aliko Dangote recently counselled.

Re: On campus couples and premarital sex

Re: You better run!