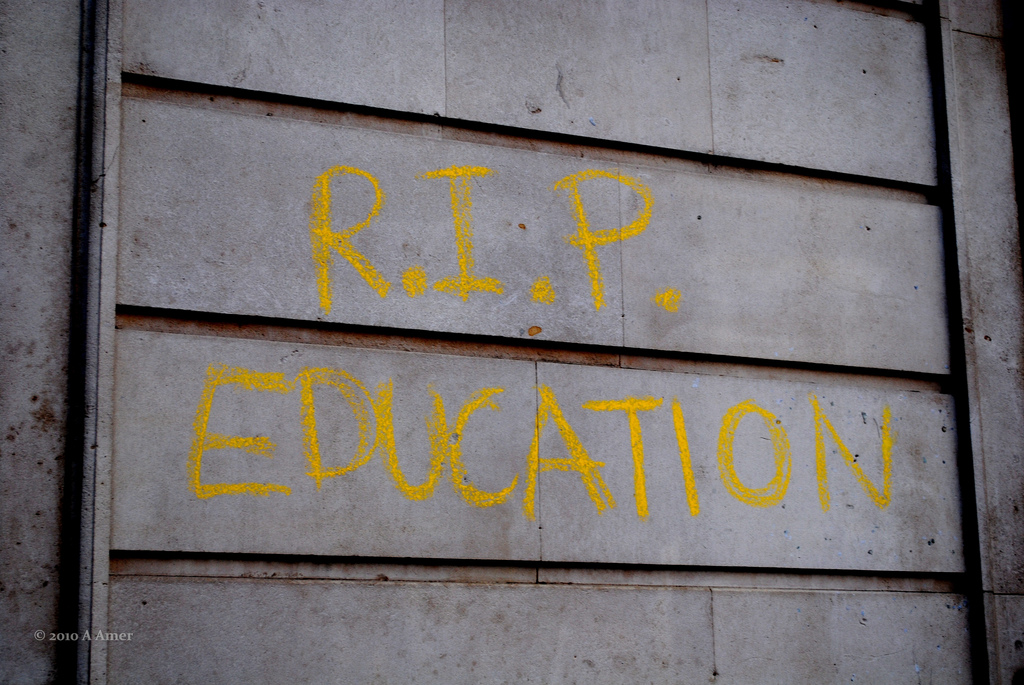 Education in coma, life in danger

After love, the second component or letter of leadership is excellence. Defined by the Oxford Dictionary as “the quality of being outstanding or extremely good” (www.oxforddictionaries.com), excellence is what is unusually good or that which surpasses ordinary expectations and standards.

To be a leader, a core requirement is excellence in something, say education. For instance, academic excellence is the foundation on which students firmly stand to become real leaders. True leaders are excellent in character and knowledge. Pseudo or emergency leaders, however, are just mediocre: in character, they are hollow; in knowledge, they are empty.

To aspire to be a leader without being excellent, academically or professionally, would only lead society to the type of situation in which we are today in Nigeria. It doesn’t require rocket science to determine the quality of our leaders. Many of them are a disgrace to leadership. When the head is sick, the whole person is distraught; when the leaders are blind, the whole country wanders in total darkness.

But it doesn’t require too much to be excellent. It only requires making an extra effort or going an extra mile. It is through that “extra” that an ordinary thing becomes extra-ordinary. With hard work, commitment, persistence, practice and diligence, excelling in what one does not require the talent of a genius. Well, genius is “an infinite capacity for taking pains” as Thomas Carlyle said.

Talking about genius, everyone knows Thomas Edison, the great American inventor, whose excellent inventions continue to shape our modern civilization. He has over 1,093 U.S.A. patents as well as many others in the United Kingdom, France and Germany. Electric light, power utilities, sound recording and motion pictures are some of his life-changing inventions.

Edison was quoted to have said around 1902 in the September 1932 edition of Harper’s Monthly Magazine something that has stuck to my skin. He said, “Genius is 1 per cent inspiration and 99 percent perspiration.” This means that becoming a genius is largely the outcome of hard work, rather than an inspired flash of insight.

Therefore, to lead, you must excel first. Excellence will make you combine insight with foresight and hindsight. Insight is not enough! If you are not excellent, or you do not stand out from the crowd, you cannot be a leader. And to stand out, you have to be outstanding! This is the time to stand out by putting your best in what you do! The time is always right for what is right.

The whole world would be a better place if the best were made to lead the rest. However, retrogression, stagnation, underdevelopment and crises are the result when the worst are contrived to be the leaders, as the situation is in many places. People who did not prepare for leadership are shot up as leaders and their emptiness becomes glaring, an embarrassment to themselves and their followers.

Students especially have to watch it. Rather than dissipate their energies in what concerns them less or does not concern them at all, they should focus their attention on what is at hand, which is education. Education is the foundation of excellence because without it nothing extra-ordinary can be achieved.

If you excel academically now, when opportunities come later, you will be fitting. Abraham Lincoln once said, “I will prepare and some day my chance will come”. The best preparation for tomorrow is to strive to do your best today.

Of what relevance to the primary assignment of a student is whether Manchester United is better than Arsenal or Chelsea? What concerns a student who is driven by excellence if Jose Marinho is better than Arsene Wenger? Unfortunately, this is just one of the several issues that distract students from focusing on their education. Excellence is focus.

In his address to the newly admitted students of the University of Ilorin on December 22, 2014, the Vice-Chancellor, Prof. Abdul Ganiyu Ambali, OON, stressed the way to success, which is also the way to excellence, when he quoted Swami Vivekananda. According to him, “Take up one idea. Make that one idea your life … think of it, dream of it, live on that idea. Let the brain, muscles, nerves, every part of your body be full of that idea, and leave every other idea alone. This is the way to success.”

That idea is excellence. If you excel academically or professionally, you have made your preparation. Having prepared, the sky will be your beginning. You will start leading from today even before tomorrow!