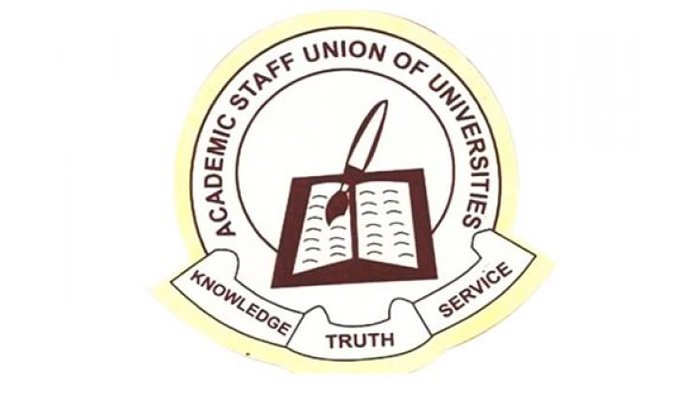 A new dawn for ASUU

On February 22, 2020, another big fish in the vast pool of the University of Ilorin glowingly swam out of service having reached the retirement age of 70. She is no other person than Prof. (Mrs) Nike Yetunde Sidiqat Ijaiya, a distinguished academic personality whose impressive professional odyssey traverses the public school system, the College of Education system and the University system.

As a teacher of several generations of teachers across levels, few scholars can be as accomplished as Prof. (Mrs) Ijaiya. Apart from being a teacher in three secondary schools in Ilorin at various times, including Queen Elizabeth School, Ilorin, where she completed her Higher School Certificate programme in 1971, Prof. Ijaiya was also a lecturer at the College of Education, Ilorin, where she rose to the peak of Principal Lecturer in 1991. At the College, she was Head of Department, Dean of the School of Education, Co-ordinator of Pre-NCE programme, member of the Academic Board and founding President of the Women in Colleges of Education (WICE), among other leadership cum administrative positions she held and where blazed the trail for others to follow.

If professors were to be recognised by stars as it is done in the Army, Prof. (Mrs) Ijaiya would be a five-star general, a field marshal of a sort even, on the strengths of her achievements. Like the French general and statesman, Napoleon Bonaparte, in a letter he wrote to the Roman Senate in 47 BC announcing his victory, at 70, our illustrious mentor can as well sit back and proclaim: veni, vidi, vici or “I came; I saw; and I conquered.” But she would rather say, Alhamdu lillahi rabbil ‘aalamin.

An intellectual pacesetter and academic amazon, as she was rightly described by Mr Kunle Akogun, whose brilliant tribute would have made this one unnecessary if not for adding one’s perspective, Prof. (Mrs) Ijaiya graduated with a Second Upper degree from Ahmadu Bello University in 1976, at a time when it required raw talent to be admitted to the few existing universities, a period when females in higher education could be counted on one’s fingers. She would thereafter be the first daughter of Kwara State to be admitted to Cardiff University, United Kingdom, where she obtained her Master of Education degree in Educational Psychology in 1984 and her Ph.D. in Educational Management in 1988.

As a goldfish has no hiding place, it was so easy for the talent-hunting University of Ilorin to attract her to its Institute of Education in 1994 as Lecturer I. By dint of hardwork and relentless commitment to excellence, Ijaiya did not rest on her laurels and barely eight years later, she became the first female Professor of Educational Management in Kwara State. I remember the achievement electrified Kwara State in 2002 as her long chain of firsts became the point of reference with which women were encouraged that if she could do it, others too could.

A high-octane manager of notable pedigree, Prof. Ijaiya has always added a touch of excellence to everywhere she served. As Head of the Department of Educational Management (2002-2005), Director of the Centre for Supportive Services for the Deaf (2005 – 2008) and Director of the Institute of Education (2010 – 2013), she left her indelible footprints on the sands of time. In various national and international assignments involving the National Universities Commission (NUC) and National Commission for Colleges of Education (NCCE) accreditation panels as well as consultancy services for the World Bank, Prof. Ijaiya has always shown her mettle as a super-woman of top-notch intellectual versatility and unimpeachable integrity.

My encounter with Prof. Ijaiya started when she invited me to address her members as President of the University of Ilorin Muslim Ladies Circle some time in 2003. I was startled by her simplicity, humility, depth and devotion, being the first time I would personally meet her. But the opportunity to learn and work closely with her did not come until she became the first female Deputy Vice-Chancellor of the University between 2014 and 2018. As I had to relate with her officially, I found her to be meticulous, professional and resourceful all of which reflected in the magnum opus she edited, University of Ilorin at 40: The Soaring Eagle (2015), the Task Force of which she led, while some of us served as her able lieutenants in making the 475-page commemorative book an invaluable guide to the University of Ilorin yesterday, today and tomorrow.

As Chairman of the Student Disciplinary Committee during the given period, Prof. Ijaiya’s magisterial acumen was astounding and the sessions she presided over were usually interesting and engaging especially when tackling the arguments of the ‘defence counsels’, the mercurial Professors Stephen Bolu and Sam Ugbomoiko, whose advocacy on the floor could sometimes rival that of Senior Advocates of Nigeria. When certain hard decisions were to be taken based on incontrovertible evidence, one appreciated through Prof. Ijaiya’s analytic interventions that a mere Platonic discernment between good and evil without the courage to promote good and punish evil itself is evil and counter-productive.

One of the lectures of Prof. Ijaiya that stuck to my mind like glue is the one she delivered at the first edition of ‘Omoluabi Vocational and Entrepreneurship Training’ organised in January 2016 by the National Association of Osun State Students (NAOSS), under the leadership of Olasupo Abideen, a brilliant young man who has today become a prominent youth entrepreneur with global acclaim and aplomb. Speaking on the occasion, Prof. Ijaiya clinically dissected the root cause of the unemployment problem in the country, drawing various examples from the immediate community, the larger Nigerian society and the world at large, especially the United Kingdom, to buttress her point, with everything pointing to a need for a change of attitude among our youth (which I reflected on in my New Telegraph column which is available at https://mahfouzadedimeji.com/2016/01/30/bad-attitude-bad-tire/).

With scores of academic publications in reputable outlets to her credit and having supervised at least 14 Ph.Ds, apart from numerous Master of Education dissertations, it is auspicious to congratulate our esteemed Professor of professors, Nike Yetunde Sidiqat Ijaiya, on her stellar career and glorious retirement.