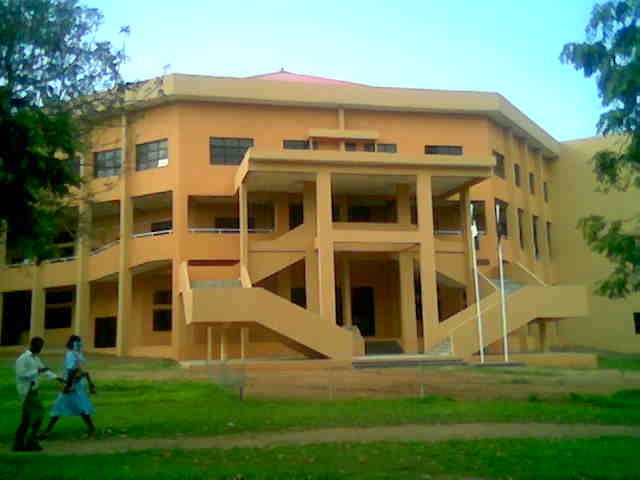 Like their 1.8 billion brethren  across the world, members of the University of Ilorin Muslim community started the Ramadhan fasting last Monday, May 6, 2019. By so doing, a pillar of Islam is observed and the divine rewards of fasting are assured, especially for those who observe it sincerely and correctly, given that fasting is for Allah.

Part of observing Ramadhan sincerely and correctly consists of upholding the ethos of fasting, which essentially lies in piety and discipline. As Allah says in the Glorious Qur’an, “Fasting has been prescribed to you as it was prescribed to those who were before you so that you might attain piety” (Q.2:183). Therefore, piety or righteousness is a key ethos or defining characteristic, essential spirit and raison d’etre of fasting.

Though fasting basically in Islam is abstention from food and drink from dawn to dusk, it connotes self-discipline through further abstinence from indecent acts: telling lies, engaging in idle talk, slandering, back-biting, rumour mongering, being angry and other immoral acts. This is more so as the Prophet (SAW) said, “Fasting is a shield; so when one of you is fasting he should neither indulge in obscene language nor raise his voice in anger. If someone attacks or insults him, let him say, ‘I am fasting!’” (Bukhari, Vol. 3 No. 115).

This implication of the foregoing is that it is not only the mouth that ‘fasts’ in Ramadhan, the mind, the eyes, the ears, the tongue, indeed the entire senses and body are also involved in the regimen of discipline. As Abu Hurairah reported the Prophet (SAW) to have further said, “Whoever does not give up bad speech and evil actions, Allah is not in need of his abstention from food and drink, (meaning that Allah will not accept his fasting)” (Bukhari Vol. 3 No. 127).

The lessons of patience, forbearance, charity, devotion, kindness, forgiveness, gratitude, love, sincerity, fairness, sacrifice, humility and the rest are embedded in the given ethos of piety and discipline. This is because it takes the pious and the disciplined to abide by all what Ramadhan entails and even transfer the lessons to the period beyond the holy month.

In a way, there is a correlation between the ethos of Ramadhan and the motto of the University of Ilorin, which is “character and learning”. As the University rightly conceives character as the ultimate, it goes without saying that learning is not an end itself but a means to the attainment of character. Education actually fails in whoever is deficient in character. Learning without character is lame; character without learning is blind.

It is in this regard that no one graduates from the University without having been found worthy in character and learning because these are the real solutions to the problems confronting humanity. When character is lost, virtually everything is gone, an open sore that assails global conscience where 99% of the available resources are controlled by or concentrated in the hands of just 1%, a world where the rich live in voluptuous luxury and the poor live in abject penury, a world devoid of compassion where the law of the jungle prevails among those who should be humans.

Good character traits expected to underline students and graduates’ values include honesty, integrity, truthfulness, compassion, loyalty, kindness, sincerity, self-control, peacefulness, faithfulness, determination, fairness, cooperation, tolerance, optimism, positive attitude among others. This is why for Ramadhan and the University, the keyword is WATCH, which represents words, actions, thoughts, character and habits.

Beyond ethos and motto, Ramadhan can as well be likened to the university itself where a fasting Muslim is schooled in many courses that ultimately shape his/her future. The lessons deriving from the courses are the ornaments with which life is beautified and success is achieved. Everyone fasting is undergoing training and the training is ultimately expected to impact on life in the months after fasting, not just the month of Ramadhan only.

In other words, just as training in different aspects of a discipline is for a future in a career, the training in Ramadhan is also expected to be used for living with piety and discipline after the period. As there are students who excel and those who fail though they both belong to the university, it is also possible for one to pass through Ramadhan without Ramadhan passing through one or fail out of the month, the latter of which is not desirable.

May we witness many months of Ramadhan!