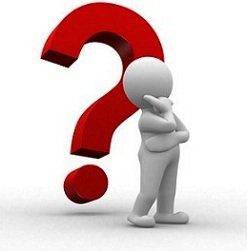 When uncertainty is certain…

As a bibliophile, like many other people, one of the gains of attending academic and professional gatherings, for me, is the opportunity of finding old and new books on display and acquiring those that can be afforded. Thus, part of the icing on the cake of participating in the recent Leadership Course in Criminal Intelligence and Intelligence Management Cycle (LCCIIMC)  organised by the Centre for Leadership and Complex Military Operations, Nigerian Defence Academy, Kaduna, and the Defence Intelligence  College at the Defence Intelligence College, Abuja, is an engaging book, one of the few I bought, Idiotism: Capitalism and the Privatisation of Life (2013).

Written in a racy style by Neal Curtis of the Department of Film, Television and Media Studies at the University of Auckland, the book essentially blends insights from philosophy, economics, political science and cultural theory to examine the dynamics and contradictions of neoliberal democracy and its obsession with privitisation. Reading the book, one understands that privatisation is a modern monstrosity, “whose devastating effects are already evident in the pervasive wave of unemployment, precariousness, misery and despair” all of which are changing not only the European but also the African and global societies, in the words of Franco Berardi.

It is this obsession with privatisation that Curtis memorably refers to as “idiotism”, thereby opening vistas into the Greek origin of the word. “Idios” is an ancient Greek word for private, referring mainly to the personal realm or what is one’s own. This etymology underpins the relationship of “idios” with privacy and personal domain, making idiotism a term that “signifies the dominance of the private and the securing of further private property through the process of enclosure,” as Curtis puts it.

Meanwhile, while the larger society and modern neoliberalism may suffer from idiotism, it is crucial to emphasise that the term, under normal circumstances, is alien to the university culture. A university is a “universal city”, a mini universe that reaches out to the public or the entire humanity. As revealed some ten years ago by our former Vice-Chancellor  and current Registrar of the Joint Admissions and Matriculation Board (JAMB), Prof. Is-haq Oloyede, OFR, in his “The universe in the university”, a speech delivered at the 25th Convocation Lecture on October 22, 2009, “the naming of the university, the root of which is universe, is not coincidental.”

As academics make the university, along with others, it goes without saying that they are meant to contribute to the society and benefit humanity through engagement. Part of this engagement is what is called “community service” in their tripartite mandate, including teaching and research. This means that academics as a profession is not about self but about others. It is about service, and according to Muhammad Ali, “service to others is the rent you pay for your room here on earth.”

In clear terms, therefore,  after reading Curtis’ Idiotism, it is obvious that, by implication, academic idiotism is the privitisation of knowledge or not sharing it and having concern only for self or personal interest, not public interest, despite academic qualifications. Academic idiotism also manifests in the obsession with research for research sake, publication for the purpose of publication or promotion only and a predilection for self-centredness. In fact, academic idiotism is piling up degrees and certificates without applying what is learnt to solve societal problems.

In the 74th Inaugural Lecture of the University of Ilorin, “Meaning without Mean-ness”, delivered by the prodigious Prof. Raheem Adebayo Lawal on June 24, 2004, an example was given in verse of an academic idiot in the eponymous poem by Frank M. Davies, “Giles Johnson, Ph.D.” A short poem of high thematic and aesthetic quality, we are told of this knowledgeable character who died miserably just for being idiotic:

knew the wherefore of this

the wherefore of that

could orate in Latin

or cuss in Greek

and, having learned such things

he died of starvation

because he wouldn’t teach

and he couldn’t porter.

It is against the backdrop of the foregoing that the ingenuity of the founding fathers of the University of Ilorin would always be striking in many areas, including the choice of the University motto: character and learning. By emphasising character, as has been underscored repeatedly, it means they appreciated that learning, as important as it is, is inferior to character.  The absence of character in a person of higher learning is a sign of academic idiotism, a situation completely ruled out ab initio from the University. Though character without learning is not desirable, it is much better than learning without character, which is destructive and disruptive. That we have less peace in the world and less sanity in the polity though we have more academic degrees than our forefathers is a factor of the prevalence of learning without character.

May the students writing their exams succeed in character and learning!