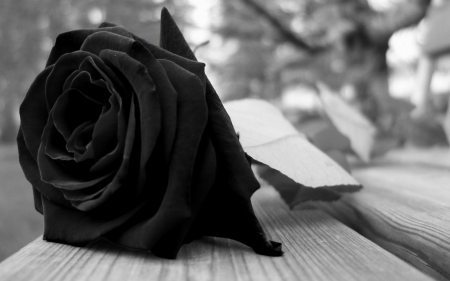 That was the day an important book, Dynamics of Revealed Knowledge and Human Sciences, a collection of papers edited by Prof. Y. O. Imam, Dr R. I. Adebayo and Dr A. I. Ali-Agan, ably reviewed by Prof. Afis Oladosu of the University of Ibadan, was presented at Musa Yar’Adua Centre, Abuja, in honour of the acclaimed Professor of Islamic Jurisprudence. It was a memorable day defined by the galaxy of personalities, including the President-General of the Nigerian Supreme Council for Islamic Affairs (NSCIA) and Sultan of Sokoto, Alhaji Muhammad Sa’ad Abubakar, the Secretary to the Government of the Federation, represented by Barr Olusegun Adekunle, and the immediate past Vice-Chancellor, Prof. AbdulGaniyu Ambali, that all came to celebrate an enigmatic personality.

Speaker after speaker on the occasion extolled Prof. Oloyede and his virtues. The Sultan described him as “an incorruptible person…who mixes with everybody, whether you are a Christian or a Muslim” and the Chairman of the occasion and former Chief Justice of the Federation, Hon. Justice S. M. A. Belgore, said Prof. Oloyede is “a very kind human being with the fear of God, a good teacher and a good Vice-Chancellor of the University of Ilorin, one of the best in Africa.”

While a former Governor of Kano State, Alh. Ibrahim Shekarau, attributed the Oloyede phenomenon to the rigorous training he imbibed from his activities in the Muslim Students Society of Nigeria (MSSN), saying that he remains “an example for all of us to emulate”, the Executive Secretary of the Muslim Ummah of Southwest Nigeria (MUSWEN) and Prof. Oloyede’s former lecturer, Prof. D. O. S. Noibi, noted that he had always got inspiration from his former student. And to Prof. Shamsudeen Amali, former Vice-Chancellor, Prof. Oloyede “is a gifted leader and a man of vision,” who along with Prof. Luke Edungbola, “was the architect of whatever development that occurred at the University of Ilorin during my tenure as Vice-Chancellor.”

For me, as I posted on my Facebook page on that eventful day, nothing could be more pleasant to a speaker than being asked to speak on a familiar subject. So, being asked to present Prof. Oloyede’s citation was like saying “cheese” and when someone said I must have loved him to have prepared such a “passionate presentation”, my response was that I consider it a sin to know him as much as I do without loving him. Since I took time to study and understudy him, I noted to the person that those who do not share my views are forgiven as it is not automatic for everyone, the blind for instance, to see the brightness of the sun.

It is not possible to be associated in a way with Prof. Oloyede without learning some lessons or deriving some inspiration from him. I could therefore connect with the various assertions about his integrity and incorruptibility, a fact that the whole world now knows with the remittance of an unprecedented sum of N7.8 billion to the Federal Government within a year of his appointment. That connection informed my submission thus:

“A no-nonsense man of super-abundant physical and mental energy, Prof. Oloyede loathes corruption so much that corruption too loathes him in kind. At a personal level, it was through him that I learnt that it is not a shame to be broke. Ten years ago, as Vice-Chancellor, he needed to send me on an errand and he told his son, now a medical Consultant, to withdraw money from his account. He was told there was no money there. He mentioned another account and he was informed the last money there had been withdrawn under his directive. We had to wait till his next salary was paid. I learnt to assure myself since then that being broke is normal, after all, the Vice-Chancellor was broke!”

It is our fervent prayer that God multiply the likes of Prof. Oloyede among Nigerians for the benefit of Nigeria and humanity at large.

WILL KUNLE BALOGUN LIVE OR DIE?

An alumnus of the University of Ilorin, Mr Kunle Balogun, requires a kidney transplant procedure for which doctors estimate a sum of N15 million. As I write, the question that bothers everyone that knows about his case as he struggles to hang to life with palliative dialyses as indicated above is: will Kunle Balogun live or die?

You are kindly enjoined to contribute to this life-saving project by donating generously towards his treatment through his account or that of the University of Ilorin Alumni Association as given thus:

God bless you as you lend your financial support to this noble cause.