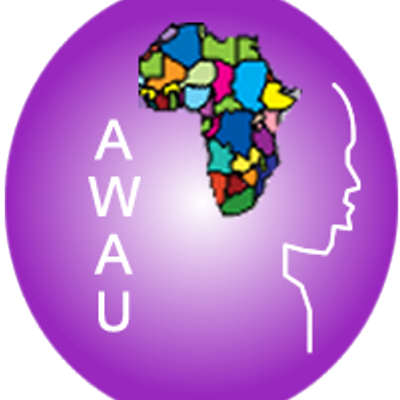 In 2015, the University of Ilorin, through its Centre for Peace and Strategic Studies, began to organise activities to commemorate the United Nations International Day of Peace. This intervention was meant to, in line with the United Nations agenda, create awareness on the desirability of maintaining peace and harmony as well as avoiding rancour and violent conflicts in our world being goaded  by  gung-ho mentality.

The International Day of Peace last September 21 at the University of Ilorin was a combo: a public lecture on the theme of this year’s Peace Day, “Together for Peace: Respect, Safety and Dignity for All” for the University community, eminently delivered by the Governor of Kwara State, Alhaji Abdulfatah Ahmed, and a Peace Talk on “Do No Harm” for the primary and secondary school pupils by Dr Biola Adimula, a lecturer and 2017 Rotary Peace Fellow.

The choice of the Guest Speaker was strategic both in the quality of the lecture delivered and the status of Kwara as a “State of Harmony” indeed. Undoubtedly, Kwara State is a model of unity in diversity and many people would agree with the Governor that “despite our state’s religious and cultural diversity, I note with pleasure that Kwara State continues to be peaceful and harmonious.”

Governor Ahmed pointed out that as Nigerians, we cannot achieve progress in an atmosphere of vindictiveness, violence or conflict. He also cautioned all “against utterances or actions capable of threatening the existence, peace and unity of Nigeria”. He attributed what he referred to as “widespread frustration and agitation” by young people across the country to three factors: limited economic opportunities, limited participation in governance and unemployment.

Quite agreeably, the Guest Speaker proffered appropriate solutions to the problems he identified as factors engendering various agitations in the country. His words: “To prevent our youths from being radicalized and ensure peaceful coexistence in the country, there is a need to create more opportunities for young people to be economically empowered, promote inclusiveness in governance and reduce poverty prevalent in the country.” He also canvassed putting our differences aside and working together as a way of achieving sustainable peace in the country.

In her own submission to the pupils, Dr Adimula demonstrated the thrust of “do no harm doctrine” which derives from medicine as a means of emphasising that a medical intervention should not harm or make a situation worse as it is even better to do nothing than harm. A concept developed further in peace studies, “do no harm” stresses the need to ensure that no one is harmed and nobody is hurt in the pursuit of one’s own desires. If we do not harm to our family, friends, colleagues and fellow citizens in business, education, politics and everything we do, we will be at peace with ourselves and there is every possibility of the world being at peace with us. Peace is threatened usually when people perceive being harmed or actually get harmed by others’ utterances, policies and actions.

Describing the theme as being “very relevant and current”, the Chairman of the Day and former Vice-Chancellor of the University, Prof. Abdul Ganiyu Ambali, commended the reinstatement of History as a school subject while wondering how the youth could  learn from the gains and pains of the past if they are prevented from knowing it.  He also warned that we should mind what we say and write “as they could create disunity, which eventually leads to war and war makes a country vulnerable.”

As convener and host of the Day’s activities, I gave the background to the event disclosing that the International Day of Peace was established in 1982 by Resolution 36/67 of the United Nations General Assembly, sponsored by the United Kingdom and Costa Rica, with the first edition of the International Peace Day holding on September 21, 1982. I also recalled how the University marked the Day on September 21 in both 2015 and 2016 while featuring the Zonal Coordinator of the National Emergency Management Authority (NEMA), Slaku Lugard Bijimi, and the former President of the Africa Peace Research and Education Association (AFPREA), Dr Olufemi Oluniyi, respectively.