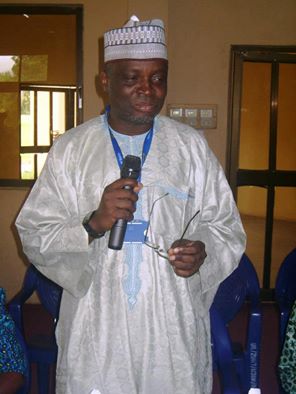 A day with Oloyede

If anything untoward happens to the admission of any of the 10,886 students matriculated by the University of Ilorin on March 1, 2017, it will not be because of lacking good advice, it will be in spite of it. This proposition is hinged on the depth and profundity of the counsel given by our amiable Vice-Chancellor of the University, Prof. Abdul Ganiyu Ambali, to the students on that memorable day.

Even beyond the immediate audience of the matriculating students, the advice in that address, “New Beginning”, by Prof. Ambali, who is also the President of the Association of West Africa Universities (AWAU), is of relevance as well to all students, regardless of level or location. Therefore, if all students avail themselves of the message, internalise and act on it, they will find it easier to navigate the waters of university education and sail smoothly to the shore of successful graduation.

Going through the address, I felt the same way the former American Ambassador to Nigeria, Mr Walter Carrington, did when he came to deliver our 29th Convocation Lecture on October 21, 2013, during which he told the Vice-Chancellor: “Your address on the occasion… is one of the best that I have read. With your indulgence, I would like to repeat a few of your words which cannot be heard too often….” Part of the bumper harvest, which included the nuclei of his submissions on previous occasions, goes thus, following Mr Carrington’s lead:

In my address, captioned “Hard work Pays” to the 2012/2013 fresh students on Monday, January 14, 2013, I told them success is a function of hard work and I stressed what Vince Lombardi said, being a footballer myself in my younger days. According to him, “Football is like life – it requires perseverance, self-denial, hard work, sacrifice, dedication and respect for authority.” These keys are important as you make a new beginning as students of this great university, a microcosm of the macro world out there.

Moreover, in my address to the 2013/2014 fresh students, entitled “Be Disciplined”, on Friday, January 10, 2014, I discussed various types of discipline expected of our students and highlighted how the University has zero tolerance for indiscipline. As I said on that occasion, which is equally applicable to you, “the University has a dress code which essentially involves decent dressing. You all know what is decent and you know what is not decent. It is my expectation that you will uphold discipline as your cardinal philosophy here and be good ambassadors of your parents and communities.”

Meanwhile, on Monday, December 22, 2014 at the matriculation ceremony for the 2014/2015 fresh students, I told your senior colleagues to “Arise and Fly”, being the title of that address. For you to fly in the University and soar, I discussed five do’s and don’t’s. The points briefly are that you believe in God and believe in yourself; adhere strictly to the university rules and regulations; attend your lectures punctually; work hard on your studies and health as you also respect yourself, your lecturers, the university staff and your fellow students. Equally, you don’t engage in examination malpractice; don’t join unregistered groups and associations; don’t dress indecently; don’t fight with anyone and don’t disobey constituted authority. With these tips, you will always be in good standing in the University.

Then, last year at the matriculation of the 2015/2016 fresh students on Friday, January 29, 2016, I focused on “Character and Learning” being the motto of the University…. As I told your immediate seniors, “the period between matriculation and graduation is short. So, it is better you pick the race early so that you will reach your destination of success happily. In this regard, you should motivate and encourage yourselves. There is no one who can set a limit to your achievements except you. If you are target-driven and goal-oriented, your average of four years in the University will lay a solid foundation for your future. Interestingly, the future is even now. Therefore, set your mind to excel and by the grace of God, excellence shall be yours.”

In what appears as the thrust of this year’s advice, the Vice-Chancellor told the students, using the recent cyber-attack on the University as an example, that they would face challenges in life but the best approach to life challenges is to confront and overcome then. With the experience of the University, he said, the University has learnt more and marched on, so students should remain undefeated by challenges.

With the benefit of having such a package, the fresh students this session had a bumper harvest and sumptuous buffet which they will hopefully use to nourish their academic lives.

Yusuf continues to blaze the trail

As a keen observer of people and phenomena in the University, I have watched Prof. Yusuf’s impressive performance and he has, as expected, taken “the Postgraduate School to higher heights”. This was evident to all Heads of Departments and some Directors who attended the workshop the Postgraduate School organised last Wednesday which sought to address many issues that had been agitating the minds of the stakeholders.

With that gainful interactive session and its outcome, Prof. Yusuf has further demonstrated that he is truly a trail blazer, a well-rounded academic and a shrewd administrator of men and matters. I use this medium again to congratulate the Board and the entire Postgraduate School. That programme was right on target, sincerely speaking!

Re: An encounter with Obasanjo

In the last column, I noted that former President Olusegun Obasanjo is the only Visitor or Nigerian President to have personally visited  the University of Ilorin, adding the caveat, “if my memory serves me right.”

It turned out that my memory did not, and it took the text message of the well-respected Prof. Yasir A. Quadri to remind me that former President Ibrahim Babangida was here also. Long before Baba Iyabo came, the gap-toothed general was here, with a bit of drama associated with the visit. I thank Prof. Quadri and pray that the elders live long.