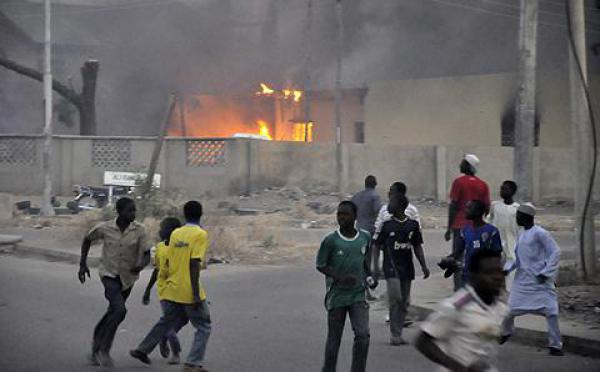 Business as usual while Nigeria burns

Last Saturday (December 13, 2015), Nigeria hit the global headlines for the wrong reasons again on account of the bloodbath in Zaria. It was most unfortunate that emotions were allowed to dominate reason and a tragedy resulting in needless killings and destruction occurred, to the consternation of the world.

According to an online medium, “the Nigerian troops might have killed at least 100 Shiites Muslim (sic) in different locations controlled by their leader, Sheikh Ibrahim El-Zakyzaky in Zaria, Kaduna State”. Other sources put the number of the dead in hundreds. For instance, “human rights group say as many as 1000 people may have been killed,” as Yahoo! News put it.

As usual in such incidents, there has been a blame game between the Nigerian Army and the Islamic Movement in Nigeria, whose members were targeted. From available information, shred from exaggeration, the Nigerian Army was provoked by the blockade mounted by the members of the organisation especially when the initial appeals were rebuffed by what appeared on video like an unruly crowd. The army subsequently reacted with disproportionate violence that the National Human Rights Commission refers to as “massacre”. The actions of the two sides are condemnable as two wrongs do not make a right.

Human life is precious and legal means must always be adopted before it is taken. A situation in which a fly was hit with a sledge hammer as was witnessed last weekend is a travesty of justice and a dent on the image of Nigeria. This is more so at a critical period in the life of the nation when damning corruption revelations and ongoing insurgency are not giving Nigeria the best of image.

Apart from the deaths and the massive destruction, one of the emotional scenes for me is a clip that shows how some youth were robbing the dead. Our values have so much diminished to almost a zero level that what could only occur to the youth at the scene of disaster was the Naira notes and cell phones they could steal.

It is heart-rending that Nigeria of today is not what we inherited from our fathers a few decades ago. It beggars belief that rather than reflect on death that everyone would experience later, Nigerians could be searching pockets and stealing personals effects of the dead. This is the sad reality of today and Government owes it a responsibility to restore our sense and values.

Meanwhile, the intervention of the Nigerian Supreme Council for Islamic Affairs (NSCIA) is timely and commendable. Apart from immediately calling for restraint last Saturday and warning against extra-judicial killings that constituted the beginning of Boko Haram insurgency, which has claimed thousands of lives in Nigeria, the Council also convened a national meeting of religious leaders in Abuja, chaired by the President-General and Sultan of Sokoto, Alhaji Muhammad Sa’ad Abubakar, to assess the situation.

At the end of the meeting held this Wednesday, six resolutions were reached, according to a release signed by the Secretary-General of NSCIA, Prof. Is-haq O. Oloyede. These were that:

This is the way to go.

WHO WATCHES THE WATCHDOG?

In his keynote lecture, “The Nature of National Narratives: The Press and Evolution of Modern Nigeria”, delivered at the second Idowu Sobowale Annual Lecture Series at Caleb University, Imota, on May 11, 2011, Professor Adebayo Williams made a pungent point. According to him, “from being the fourth estate of the realm, the press has become the fourth realm of the estate”, meaning that like the Executive, Legislative and Judiciary arms of government that the media watch over, the media have also joined them in corruption.

Nothing proves the submission of the versatile writer better than the disclosures of how the Chairmen of two media companies, Chief Raymond Dokpesi of Daar Communications/AIT and Mr Nduka Obaigbana of ThisDay newspaper partook in Dasukigate. In the latter case, the money meant for other newspapers was also “withheld” by Mr. Obaigbena after collecting his own lion share. While Dokpesi collected the princely sum of N2.1 billion, Mr Obaigbena collected N120 million as compensation for newspapers seized by soldiers and another N550 million as compensation for the terrorist attacks on his company in 2012.

Now that the press has cast a shadow of doubt on its moral authority on and over the political class, the natural consequence is the attempt by the National Assembly to muzzle the media. The bill is in the works to “prohibit frivolous petitions” famously known as “Social Media Bill”, an assault on the freedom of expression.

The press is morally bound to return to its ethics and heed the admonition of St. Louis Despatch who contended that for journalists to have their integrity and be respected as watchdogs, they must “fight for progress and reform and never tolerate injustice and corruption, always fight demagogues of all parties, never belong to any party, always oppose privileged classes and public plunderers, never lack sympathy with the poor, always devoted to the public welfare, never be satisfied with merely printing the news, always be drastically independent, never be afraid to attack wrong, whether by predatory plutocracy or predatory poverty.”

Who watches the watchdog to ensure adherence to its own principles and ethics?