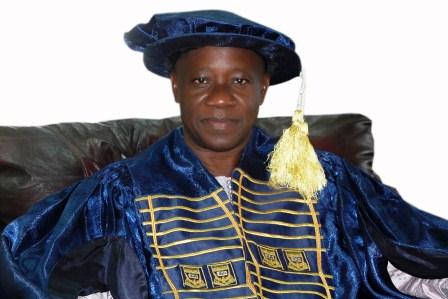 The publication of the recent photographs of the former powerful Minister of Petroleum Resources, Mrs. Diezani Alison-Madueke, hit Nigerians and the world like a thunderstorm. Dele Momodu, publisher, writer and entrepreneur, actually hit a “jackpot” by releasing the photographs and the interview, which he leveraged on to introduce a new online medium, “The Boss”. Brilliant.

There are four major reactions to the unbelievable photographs. The first is sympathy; the second is incredulity, the third is indifference or anger and the fourth is it-serves-her-right attitude. The most dominant was sympathy, and people have called it a public relations stunt and a publicist’s masterstroke to “humanize” the face of the much despised Diezani. There is the fifth, which is reflection.

I work on the theory that the photographs are real (people have grounds to believe they were photoshopped; yet people still have reasons to believe what they are told given the credibility of Dele Momodu’s name.) The message is eternal and the photographs should serve as a basis of reflection, less the whole import is lost. What is the worth of this world?

Less than a year ago, Mrs Alison-Maduake was on top of the world. She was a delightful spectacle to behold, a paragon of beauty and influence. She bestrode the government of former President Goodluck Jonathan like a colossus and legend has it that she determined who got what. She could even over-rule the President, who the world knows better now that was too weak to fight corruption and be a man.

But less than a year after, she has become a pitiable sight. How many people wished they were like Diezani a year ago in her voluptuous luxury? How many people wish they are like her today? The metamorphosis of oil goddess Diezani is a shocking reminder of our collective vulnerability.

One of the best documentaries I have ever seen is “The truth of the life of this world” by Harun Yahya. The documentary alone made me order for other works of the prolific Turkish author. I later obtained the book version and it is highly inspiring and eye-opening. I recommend the film and book not only to our politicians and leaders but also everyone that is certain of mortality to appreciate the vanity of life. I am reading the book again courtesy of Diezani. It is good to always appreciate what life is – play and amusement, an illusion.

According to author Harun Yahyah, “a fruit gradually darkens and finally decays from the moment it is plucked from its branch. The scent of flowers fills our rooms only for a limited period. Soon, their colours fade away. The prettiest face wrinkles after a few decades: the effect of years on skin and the greying of hairs make that pretty face no different from those of other elderly people….In brief, everything surrounding us is subject to the ravages of time.”

Time has ravaged the otherwise beauty that we used to behold in so short a time. Those who were in power yesterday gloating as if the world would never end are now contradicting one another, blaming others for their electoral defeat. Rather than move on with life, that is soon going to come to an end anyway, they are busy plotting and making mischief.

Human beings have the capacity to think but many of us are too busy. The Diezani photographs before then and now are food for thought. Nothing lasts forever. Life passes on fast and all its attractions will fade and fall with time. Maybe this world would have deserved all the trouble we invest in it if we are not vulnerable to diseases, disasters and death which may strike us any time. We achieve nothing. What has Diezani achieved? What about the late Abubakar Audu who was coasting to victory in Kogi?

I once reflected on Albert Camus’ book, the “Myth of Sisyphus”. Albert Camus presents us the dilemma of man and the futility of his toils. He compares man and his existence to the life of Sisyphus who spent all his life rolling a big stone up a high hill. Sisyphus started his day rolling up the stone with all his nerves and energy and when he eventually succeeded in rolling it to the top of the hill, the stone would roll down. An unfortunate man, he would start again and the stone would roll down again after a lot of sweat and toil. Sisyphus was doing this everyday – rolling up the stone, stone falling, rolling it up again and again – until he died. Sisyphus worked quite hard but what did he achieve? Nothing. His life was in vain; yet, he worked so hard. Many of us work hard, don’t we?

The message of the Diezani photographs is the ephemerality of life and that there is tomorrow, both here and hereafter. What do we achieve at the end of it all?

For those who are there today, tomorrow beckons. Those who referred to others as yesterday’s men have soon realized that a day is short and they have also been confined to the confines of yesterday.

I wish Mrs Alison-Madueke a speedy recovery so that she will be able to clear her name in court, not on the pages of newspapers or online media platforms. Like her, may God grant all the sick good health and happiness we all desire.

PARIS: ARE WE NOT HUMAN TOO?

Are we not human too? That was the question an Arab posed when Paris got all the world attention with the unfortunate attacks on last 11/11 and Beirut was widely ignored.

Many lives have been lost in Yola, Kano, Beirut, Gaza and other places in recent days due to terrorist attacks but it is Paris that gets all the attention. Even Facebook boss, Mark Zuckerberg, also got a backlash when solidarity with France made it appear that you are less human if you are not white. His restitution was giving Nigeria some “Safety Check” attention, which is not a bad idea.

All lives matter as we all have blood in our veins. May God grant our world peace and save us from the terror of misguided men with guided weapons.