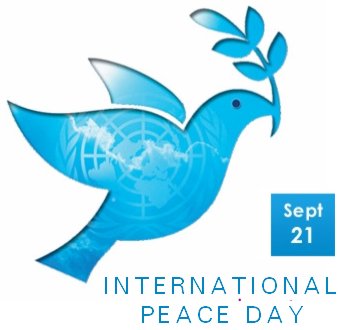 In 1975, the Federal Military Government of Nigeria established seven universities in Calabar, Ilorin, Jos, Kano, Maiduguri, Port Harcourt and Sokoto. The rationale for this step, as stated in the Third National Development Plan, was to create more opportunities for the increasing university education needs of Nigerians and to contribute to the training of the high-level manpower required by the expanding Nigerian economy.

Forty years after, the University of Ilorin has shot up like a meteor from the relative obscurity of the past and emerged a leading university in Africa. Apart from being noted for academic excellence, as evident in the laurels that its staff, students and alumni continue to receive in all walks of life, it is also well known for peace, stability and development. These factors, among others, have made the University a cynosure of all eyes and the most admired university by admission applicants in Nigeria as the records of the Joint Admissions and Matriculations Board (JAMB) last year and this year show.

The acclaimed better by far University has a double celebration this week. The University marks its 40th year anniversary and organises its 31st convocation ceremonies. Other things being equal, two Presidents will be in the University: our own President Muhammadu Buhari and the Ghanaian President, John Dramani Mahama.

While President Buhari will be making his first visit as Visitor to any Nigerian university since his assumption of office this year and commission some 22 projects executed by the University during the session, President Mahama will be delivering the Anniversary Lecture on “Africa’s Agenda 2063: Ending Poverty and Ensuring Prosperity in Africa” this Friday, the Founder’s Day (i.e. October 23). The highlights of the occasion will also include the unveiling of a commemorative book, “University of Ilorin at 40: The Soaring Eagle.” Before the day, one of Nigeria’s best known intellectuals, Prof. Jacob Kehinde Olupona of Harvard University, will deliver the Convocation Lecture, “Education Reform and Nation-building in Nigeria”.

Having not experienced academic disruption for the past 15 years, a rarity in the Nigerian public university system, the progress the University has witnessed is phenomenal, apart from the firsts that it can showcase. It pioneered Computer-Based Testing (CBT), which JAMB and other universities have now adopted, and it is the first Nigerian university to be ranked among Africa’s best 20, which was achieved in 2011. In 2014, it became the first Nigerian university to be ranked within the best 2000 since ranking began when it was ranked 20th in Africa and 1,842nd in the world.

Being a University with the largest land mass in Nigeria, it appeared the University was destined to be at the top from inception. The University has been blessed with generations of visionary, committed and hardworking Vice-Chancellors who have all left indelible footprints on the sands of time.

As all roads lead to the University of Ilorin for the 40th anniversary and 31st convocation ceremonies, this column congratulates the new Chancellor, His Royal Highness, the Emir of Katsina, Alhaji (Dr) Abdulmumini Kabir Usman; the Pro-Chancellor, His Royal Majesty, Prof. Obi Chukwuma Okonjo; the Vice-Chancellor, Prof. Abdulganiyu Ambali; and the entire University community on the auspicious occasion of Unilorin at 40.

I wish the University, my Alma Mater, successful and peaceful celebrations.

Re: NANS, noise and nonsense