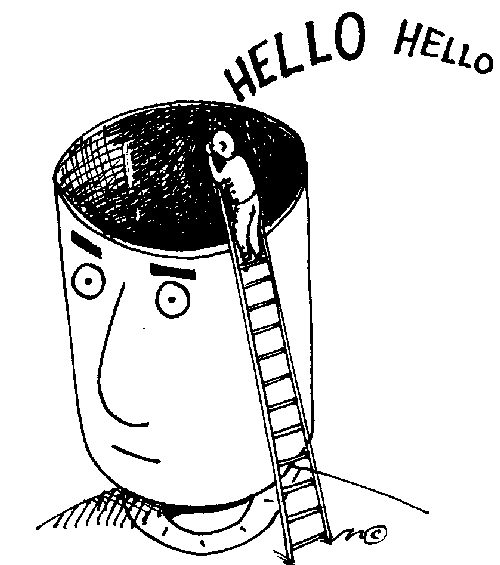 Too bad, too good

This is not the best of times for the State of Osun. Recently, the state is always in the news for the wrong reasons. If people are not groaning loud because of unpaid salaries for several months now, with the opposition People’s Democratic Party cynically advising the Governor to sell the state-owned helicopter, the Nigeria Labour Congress and others would be begging wealthy Nigerians to donate food to the workers.

As if the problems confronting the “Ipinle Omoluabi” are not enough, the State Government has unwittingly dragged itself directly into the crisis rocking its Osun State University. There has been a running battle for some time now between the Management and the over-bearing Governing Council, with the latter sacking the former before being advised that it could only recommend termination of appointment.

The Government White Paper on the report of the Visitation Panel constituted on the crisis was recently released. I read the Paper. Though the Visitation Panel said it wanted “to avoid a one-party-win the other-lose situation”, it recommended among other things, that the appointments of the key Principal Officers be terminated, as the Council wished. This recommendation was accepted by the Government.

Contrary to the claim of the Visitation Panel, it was the same situation it said it wanted to avoid that it created. Recommending a party for sack with the other party overseeing its replacement is a win-lose conflict resolution strategy and I think it is faulty.

There are four strategies of conflict resolution, basically. These are the Win-Lose, Lose-Lose, Compromise and Win-Win strategies. A Win-Lose strategy arises when a party gets fulfilled and the other is punished. The court system promotes this strategy, which is why Alternative Dispute Resolution (ADR) method is now gaining currency. In the Lose-Lose strategy, neither of the two parties is satisfied with the outcome.

In Compromise, the two parties in conflict get what they want though they both sacrifice part of their goals. Living together as a couple requires compromise: you give some, you forgive some; you get some, you forget some and you thereby live happily together. In Win-Win, the outcome satisfies everyone. Win-Win solutions are the best.

In the conflict under reference, compromise would have been the appropriate strategy for the Visitation Panel to adopt. Rather, the panel sounded defeatist ab initio, saying “it would amount to a waste of efforts trying to reconcile the two parties as it is obvious that they both cannot continue to work together harmoniously for the progress of the University”.

There is something disquieting about this negative attitude. Every problem has a solution if we have the right attitude. There is nothing absolutely stopping two professors from working together as there is already a common ground in scholarship.

By appearing to do the bidding of the Council, the Visitation Panel has turned itself to a party in the conflict. Also, by accepting the various recommendations targeting only the Management, the State Government has demonstrated inability to solve the problem in a way that would ensure lasting peace in the University. Even the ASUU Chairman in the University is not spared the axe: Government accepts that he should be relieved of his appointment as Coordinator of the Centre for Renewable Energy.

Ultimately, by adopting the Lose-Win strategy, the whole conflict results in a Lose-Lose outcome. The Council’s name will go down in history as the first to have directly worked for instability in the system of a Nigerian university through pursuing the path of a head-on collision course with the Management. Through the gale of sacks and warnings, the Management has also lost out, with its key officers humiliated.

The State Government is as well a loser because at a time it is facing serious challenges, it could have managed its image better by resolving the matter amicably. Rather, it chose to accept recommendations that sought to throw the baby out with the bath water, thereby generating additional image problems for the state.

Besides, the staff would have been polarised as they are pitched between the opponents and supporters of the two parties. The students also lose because they can only functionally learn in an atmosphere of peace and industrial harmony.