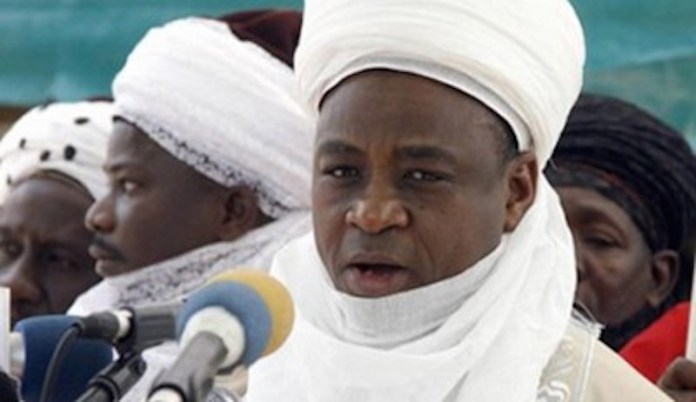 Newspapers reported last Friday (May 8, 2015) that many students of the premier University of Ibadan protested the death of their colleague, Mayowa Alaran. The former 200 level student of the Department of Human Kinetics and Health Education, who was asthmatic, collapsed while watching a European Champions League match a day before and later died at the University Health Centre.

It was an unfortunate development. But in venting their anger on the society, the students conducted themselves in a shameful manner. They unleashed violence on those who wanted to photograph or record their protest with their mobile devices. A correspondent of the “New Telegraph” newspaper, Mr Sola Adeyemo, was manhandled and his mobile phone was lost in circumstances where even a policeman was complicit. Other innocent Nigerians that were going about their rightful businesses were subjected to physical and psychological trauma.

Reacting to the news, an angry reader, Chyke, commented on “The Punch” website, “Vandals in the making. A student died within the campus, people on the street bear the brunt. Our educational system has declined propitiously. It’s a shame.” Another reader, Toyin, supported him, noting thus: “A real shame indeed that our leaders of tomorrow could descend so low to destroy, injure, attack, intimidate and become violent just to protest the unfortunate death of their colleague. I’m afraid we are raising a generation of lawless and violent prone leaders (sic) if this kind of decadent and degenerate behaviour is not nipped in the bud.”

The action of the students is an evidence of lack of peace education. If a violent protest was ever unnecessary and unwarranted, that was a case in point. This was especially so because the protest was reported to have been premised on “the inability of the hospital ambulance to arrive early”, as reported by “The Punch”.

The late arrival of the ambulance, without appearing to be on the side of the University, could be due to the grinding fuel scarcity or any other thing. For some two or three weeks now, fuel has become gold. The argument that a contingency plan could have been made for any emergency would be valid but the truth remains that the best arrangement can flop in the context of attending to the needs of tens of thousands of students.

Students of many Nigerian universities are wired with what I call “aluta mentality”, an offshoot of the old era of military rule, and there is need for change. What is needed now is peace education or a deliberate process of acquiring the values, the knowledge and developing the attitudes, the skills and behaviour to live in harmony with oneself, others and with the natural environment. Peace education, as the United Nations Secretary General, Ban Ki Moon, said in 2013, is a pre-eminent means of bringing about a culture of peace.

Peace education itself has four components and these are changing our mindset, cultivating essential positive skills, promoting human rights and imbibing the culture of peace, which includes good governance and social justice.

Changing our mindset requires psychological rebooting. Many minds have been invested with the viruses of negativity, prejudice, hatred and pessimism. If not that the mindset of the students is that the authorities do not care, nothing would have warranted a violent protest. It often happens that on many occasions, our perception of others is a reflection of our own character, not the other party’s. Usually, not always though, good minds perceive goodness in others and bad minds tend to assume others are bad.

The essential positive skills that should be cultivated by students include truthfulness, goodness, honesty, integrity, patience, compassion, empathy, kindness, cooperation, generosity, fairness, justice and so on. Anyone who has essential positive skills would know that you cannot prevent the inevitable. Anything destined to be would be. If I was meant to die, on one could have prevented it.

Of course without human rights, peace education would be impossible because violation and exploitation lie at the core of peacelessness. On the culture of peace, the UN defines it as “an integral approach to preventing violence and violent conflicts, and an alternative to the culture of war based on education for peace, the promotion of economic and social development, respect for human rights, equality between women and men, democratic participation, tolerance, the free flow of information and disarmament.” Imbibing the culture of peace is the ultimate and it is important students imbibe it, please.