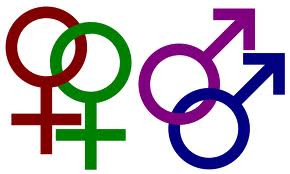 On January 23, 2015, this column featured the story of the pregnant deer with a happy ending. In the article, “2015: The pregnant deer parable”, I contested the apocalyptic prediction of the former Minister of Foreign Affairs, Prof. Bolaji Akinyemi, in his December 16, 2014 letter to Dr Goodluck Jonathan and General Muhammadu Buhari that “the violence of 2015 is going to be horrendous and worse than the one of 2011”.

In the story, the heavily pregnant deer in labour was confronted with life-threatening obstacles from front and back, right and left in the jungle. However, she ultimately gave birth to a healthy calf while “the Stochastic Probability Theory” ensured that the lion, the forest fire, the hunter and the heavy cloud all thawed into insignificance as they knocked out one another paving way for a new life.

Also, based on the famous taunt that some US-based think-tank had projected 2015 as Nigeria’s doom or that this year would mark the end of the country, I reiterated in the same article that “my belief is that 2015 will pass away like many years before it and Nigeria will remain intact. Nigeria will not collapse just because of anybody’s political ambition whether in the ruling or opposition party.”

As God would have it and in tandem with our hope, the much-anticipated presidential election was largely peaceful and credible with a happy ending. Nigeria is indebted to Professor Attahiru Jega for midwifing the most successful election in the history of Nigeria. The nation is equally grateful to him for teaching us an enduring lesson in self-control when he was being verbally assaulted by a former Minister of Niger Delta Affairs, Godsday Orubebe, who attempted to scuttle the result announcement process. Fortunately, the don gave him a good lecture.

To Jega’s honour, the social media-savvy Nigerian youth had immediately added a new word to their lexicon, which is “Jega”, defined as “to be inexplicably calm before an agent provocateur”. They were also quick to discover a new virus they call “Orubebetisis”, the antidote to which they said is found in a strong capsule called “Jegaquin”.

Also deserving the eternal appreciation of Nigerians is the President, Dr Goodluck Jonathan, who did the unprecedented in the annals of Nigerian history by congratulating his opponent, General Muhammad Buhari, before the final result was declared. By that singular action, President Jonathan has carved his name in gold in the history of Nigeria, saved hundreds or thousands of lives and honoured Nigerians all over the world.

Despite all odds and the vicious campaigns, we prayed and hoped for peaceful elections and God granted us through the calmness and integrity of Prof. Attahiru Jega, the resilience and adroitness of the Nigerian citizens, the sportsmanship of President Goodluck Jonathan, who is also a game-changer by being the first Nigerian president to concede defeat.

I have always contended that the mien and comportment of President Jonathan are those of a gentleman to the core. The lawlessness and atrocities associated with his administration are chiefly the handiwork of the cabal around him, to whom he was beholden. That the President took his destiny in his own hands this time that matters most, deepened our democracy and did the unusual is a proof to his statesmanship and sportsmanship. It was freedom for him at last from the overbearing influence of ethnic supremacists and “dollarized” religious bigots.

In essence, it is a happy ending for President Jonathan and Nigerians, who will remember his legacy of paving way for the real electoral reform, signaling that the wishes of the majority now matter and politicians can no longer take us for granted. It is also a good beginning that the much-admired General Buhari in his acceptance speech after he was declared winner rightly described his victory as “a victory for Nigeria and for all Nigerians.”

His assurance to that President Jonathan has nothing to fear from him is beautiful and kind. “Although we may not agree on the methods of governing the nation, he is a great Nigerian and still our President. He deserves our support and permanent respect by virtue of the office he has held…I hereby wish to state that I harbour no ill-will against anyone.” he said. This is how to make a new beginning by healing the wounds of the past.

As beautiful as the beginning is, we cannot just forget and bury the past because our past shapes our present and our present determines our future. Nigeria cannot afford to just “forgive and forget” the stolen billions and this is where we need to focus our attention on. Doing so would be unpardonable amnesia.

The law should have its full course especially on the stolen billions. The money should be recovered from the thieves wherever they are. There is no doubt that some folks have unduly and criminally enriched themselves at our collective expense. At least if a thief will be pardoned, we must recover our property from him. This is the minimum standard acceptable.

While the addresses of both President Goodluck Jonathan and President-elect General Muhammadu Buhari have doused the political tension in the land, the congratulatory message of the Nigerian Supreme Council for Islamic Affairs (NSCIA) to the Christian Association of Nigeria (CAN) on Easter has also called for renewed inter-religious cooperation between Christians and Muslims otherwise divided by politicians.

In his letter of April 1, 2015, addressed to the CAN President, Prof. Ayodele Oritsajefor, OFR,   the Secretary-General of NSCIA and former President of the Association of African Universities, Prof. Is-haq O. Oloyede, OFR, said, “As a people of faith united by our common ancestor, Prophet Ibrahim, the recent history of distrust within our faith communities and weakened efforts at inter-faith communication require the urgent attention of all of us. Easter serves to re-direct our attention to those values and ideals that we traditionally share in common, which had defined us before the recent expediency…”

The letter further states, “Your Grace would appreciate that before our eyes, both Islamic and Christian Studies as independent school subjects have been downgraded to mere topics under a subject in our basic school curriculum. Other tragedies bordering on trust had befallen us but we thank God for this golden opportunity of Easter and its symbolic message of renewal.”

Truly, this is a period of renaissance for Nigerians across ethnic, political and religious divides.