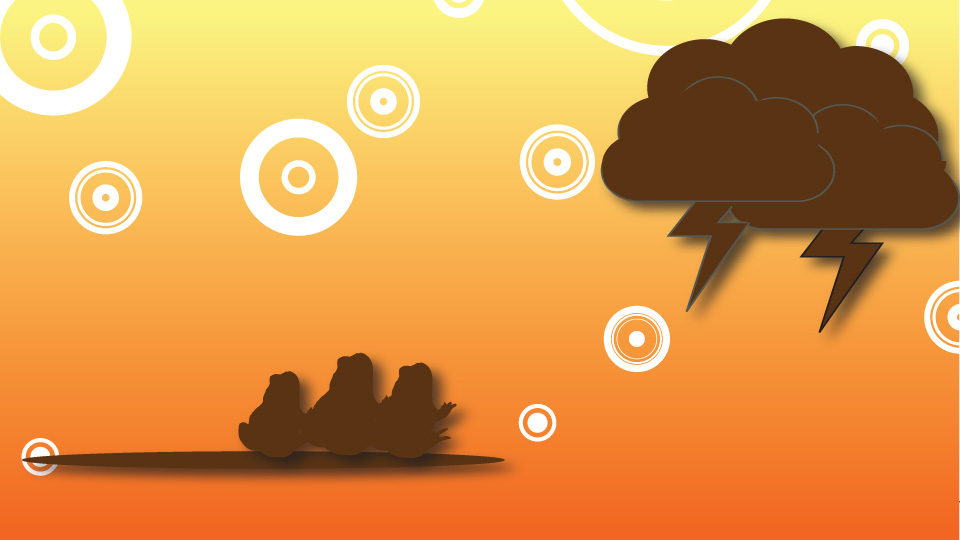 Egypt and lessons of the season

Though many Nigerians claim to practise one religion or the other, in fact, A BBC report a few years ago found them to be “the most religious people” on earth, events have shown that if a global competition were to hold on impunity, hypocrisy and sinfulness against God and man, they would naturally win a trophy. The question of whether the trophy would be gold, silver or bronze is debatable.

One of the factors responsible for the current situation in the country, which manifests largely in insecurity and corruption, is a wrong perception of life and the notion of success in it. For many people including those who are supposedly educated, due to the poverty of insight, a successful person is s/he who occupies a position of power or authority. Since being powerful is automatically being successful in their warped thinking, everyone is goaded by the zeal and ambition to have power, especially political power.

It is common knowledge that in seeking power, the power hungry are known to visit all sorts of shrines and make sacrifices, human and material. The blood of the vulnerable, including family members, street boys and call girls, is often shed in rituals all just to achieve power as power is considered an end in itself, not a means to an end. Hardly does a day pass without at least some reports of bloodshed or related atrocity somewhere.

Just earlier in the week, the police in a state capital discovered the embalmed body of a 78-year old woman, who had been declared missing ten years ago, in her son’s wardrobe. If the root of that abomination is investigated, it would be found in the quest for power, political or material or both. Human life has thus become so cheap in our country and our values have become so eroded that even “industries” are established for the production of babies that unconscionable people in exotic cars go and buy at night.

We have lost our moral compass to sheer politics and politicking in Nigeria. It is worrying that conscience, that lofty component of our being that regulates behaviour, is dead among many of us and what appears to be dominant now is interest – making material and political capital out of every tragedy which I prefer to call the politics of bloodshed. There are people to whom every calamity is an opportunity to score cheap political goals and there are those for whom bloodshed is part of politics.

It is disconcerting that as Nigeria slips further into the depth of failure, in virtually all indices of development, those who should be concerned about rescuing her are fixated on politics. Politics, it should be stressed “itself is a mass of lies, evasions, folly, hatred and schizophrenia” as George Orwell famously wrote in his “Politics and the English Language” as if he had Nigeria of today in mind.

This year has especially been bloody and the compelling need is to stem the tide of violence that is choking the nation. It is jaw-dropping and chilling to note, as reported at the beginning of the week, that since the beginning of this year, that’s just five months ago, Nigeria has lost at least 1,627 souls to reported violent killings alone. There were 190 people killed in January, 110 slaughtered in February, 502 wasted in March, 465 slain in April and 360 smothered in May. Certain countries that are facing wars do not even record such statistics.

With our descent to this intolerable level of depravity comes fiery political rhetoric. Against all our cultural and religious norms, incendiary statements are uttered with reckless abandon and the country becomes more polarized such that it has been argued we are in a state of war. And all these destruction and death are just because of power, the power that ultimately belongs elsewhere.

It is important to remind all the power-hungry and the power-drunk that power is transient but life is sacred. Those who threaten fire and brimstone, those who utter incendiary statements, those who plot and strategize on grabbing power and “capturing” states and Government Houses will ultimately realize that all power belongs to God, Whose reign is eternal. Those who were powerful yesterday are powerless today. Both the powerful and the powerless will be incontestably committed to earth, the equalizer and agent of powerlessness, in a few years or decades. That is the ultimate.

Human life is sacred and no politics should be played with it. As the Qur’an states, “if anyone killed a person…it would be as if he killed all mankind, and if anyone saved a life, it would be as if he saved the life of all mankind” (Q 5:32). The emphasis in the polity should always be on saving life, increasing the quality of life through education, healthcare and providing a good working environment where development naturally thrives. The emphasis should not be on power!

As schools and universities increase, though the purpose of education is to create what the Yoruba call an “omoluabi” or “a perfect gentleman”, and places of religious worship proliferate, though the purpose of religion is to reform character, Nigerians sink further into the abyss of indecency and immorality at the private and public levels, ironically. The depravity is almost general and our politics of bloodshed and political discourse are typical example. “When the general atmosphere is bad, language must suffer,” the author of “The Animal Farm” further said.

For the masses who are the grass that bears the brunt of displacement, lost limbs and family members when the elephants of complex political forces fight, there is solace today and always in the words of Muhammad (PBUH) that “victory comes with patience, relief comes with anguish and ease comes with hardship.” May God grant Nigeria victory.