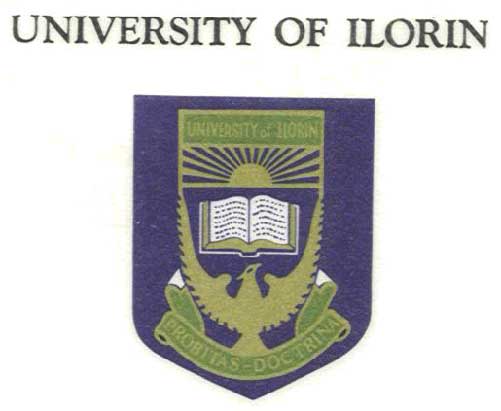 Another milestone unfolds in the annals of the University of Ilorin today as a new Registrar, Mr. E. D. Obafemi, assumes office having received the hand-over note last Friday from Mrs. O. O. Oyeyemi. The former Registar will be remembered among many other things as the only Registrar that worked with three Vice-Chancellors of the University of Ilorin (Prof. S.O.O. Amali, Prof. I. O. Oloyede and Prof. A.G. Ambali) a record that cannot be broken based on the extant law.

Appointed Registrar on April 28, 2003 with a renewal on April 28, 2008, the immediate past Registrar joined the services of the University of Ilorin in 1979 as an Administrative Officer I. With her exceptional qualities as a versatile and competent University Administrator, (with her background in language – she read French at Ibadan – and a Master’s Degree in Higher Education, at Surrey) little wonder that under her leadership, the University became a force to be reckoned with throughout the country and beyond.

Apart from her striking beauty and remarkable physical fitness, the latter of which she once told me is due to her background as a sportsperson and award winning athlete, Mrs. Oyeyemi combines brain with diligence. Born in a family of many boys, the immediate past Registrar actually started off as a tomboy. She would later demonstrate that what a man can do, a woman can do better while operating competently in a domain hitherto dominated by men. She detests errors and sloppiness in writing with passion and expects efficiency from her subordinates. She is an advocate of good communication skills, personal development, discipline and decent dressing as qualities that earn people respect.

On discipline, Mrs. Oyeyemi is a disciplinarian, which would make some refer to her as an “iron lady”, by her own admission. I recall that I was in her office a few years ago and she was talking to a senior Administrative Officer who was standing when a younger and junior one entered and took her seat. The person received an instant “discipline” that it was wrong to sit without being offered a seat, and was rude to even sit when her superior was on her feet.

On her brilliance, I especially like her metaphor of the head and the neck as the relationship between the academic and non-teaching staff. Speaking at an orientation programme for some new administrative staff of the University the other day, Mrs. Oyeyemi said the academic staff are the head and the administrative staff are the neck in the University system. The head cannot move without the neck, thereby showing the complementarity of the two categories of staff and passing across a subtle message at the same time.

In her article, “Managerial Competencies – Veritable Tools for Higher Institutional Survival” published in the book initiated by the former Vice-Chancellor of the University of IIorin, Prof. Is-haq Oloyede, to mark the 50th independence anniversary of Nigeria (i.e. 50 Years of University Education in Nigeria: Evolution, Achievements and Future Directions, 2010, pp.249-273)   Mrs. Oyeyemi also memorably differentiates between the hard and soft skills needed by managers and leaders noting that hard skills appertain to Intelligence Quotient (IQ) while soft skills relate to Emotional Intelligence (EI).

In her article under reference, she submits that hard skills are taught in class while soft skills, which are more relevant to personal and organisational success, are not formally taught. There is therefore the need for all, as she counsels, to cultivate and acquire such soft skills, which according to her, include delegation, entrepreneurial skills, crisis management skills, optimism, motivation, discipline, responsibility and integrity, time management, stress management and interpersonal traits such as empathy, humility, communication skills and managing diversity.

I do not know whether culinary skills are hard or soft but Mrs. Oyeyemi still has them because I can still remember the delicious meals she prepared whenever the University delegation was at her house during Christmas in the last five years. Many staff and students of the University will miss her sorely as the beautiful, brilliant, elegant, suave, effective and efficient Registrar during whose tenure the University was ranked best in Nigeria. As Mrs. Olufolake Oladunni Oyeyemi gracefully steps out of the University, like Napoleon Bonaparte, she can as well justifiably proclaim, “Veni Vedi Vici” or “I came, I saw and I conquered”!