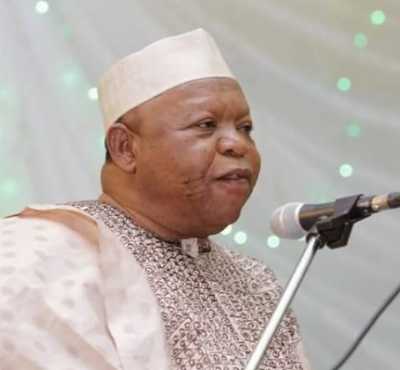 Adieu Audu: The scramble for Kogi

Aesop was believed to have lived in ancient Greece between 620 and 560 BC but the enduring legacy he left behind is his stories generally called “Aesop Fables”. In one of the fables, we are told of how animals were excited when it emerged that the sun would be getting married. Like the rest of their counterparts in the animal kingdom, the frogs also joined the fray by jubilating and making merry on account of the much awaited marriage of the sun.

However, it was just one frog that called his colleagues to order, which I once rendered in verse in a collection of poems as, “Listen, to dry the pools we live in enough is a sun/ What a disaster for us when he marries and has a son!”

The morale of the fable is that on many occasions, owing to lack of deep thinking, people rejoice on what would bring them disaster. It is characteristic of the mob mentality to think of the moment without reflecting on the long-term implications of some exciting moments.

It is to that group of frogs that the multitudes of Egyptians, who hailed the military coup against the first democratically-elected Government of Egypt last Wednesday, belong. It also happened in Nigeria before when people happily welcomed military rule before they were dealt a severe blow by classical Maradonic maneuvers.

As a matter of fact, the political gladiators and self-centered opposition figures that hailed the military would soon realize that their endorsements of the ruinous putsch and the wild jubilations of the brainwashed crowd at Tahrir Square were misplaced. Deep disappointments are likely to be the lot of the Egyptians as examples abound. From Chile in 1973 to Nigeria in 1985 and Pakistan in 1999, initial jubilations soon gave way to agonies; and one hopes that the Turkish military establishment is not drawing any lesson.

All lovers of democracy should be worried that a President elected just a year ago in what was roundly described a free and fair election was arrested and is “being held by military authorities in an unknown location” where his security hangs in the balance. This is because as Martin Luther King Jr. once remarked, injustice anywhere is a threat to justice everywhere. In other words, what happened to the Egyptian democracy is a threat to all democracies.

As part of the reality of the moment in Egypt, some five television stations have been shut down and a sixth one, al-Jazeera Misr, an offshoot of the famous al-Jazeera channel, was raided, with its journalists arrested shortly after the coup. At least, 14 people were killed few hours after the announcement of the Chief of the Egyptian Armed Forces, General Abdel Fatah al-Sisi.  The head and deputy of the party in power, Freedom and Justice Party, are reported to have been arrested and arrest warrants have been issued for about 300 Egyptians.

It still beggars belief that a Government that had spent barely one year in office after sixty years of military rule would be thrown out of the door. Can there be any other reason for which it is said that Rome was not built in a day? It is also interesting that the condemnations of the coup had been mild by the global guardians of democracy.

Nevertheless, when all is said and done, the development would engender a new era of the pre-Revolution Egypt and an exacerbation of the deep social divisions in the Egyptian society. It is also a burden on the conscience of the world that a democratically-elected Government was overthrown for the problems it did not create after a year in office.

As the world at large and the Egyptians in particular breathlessly await the interesting moments ahead now that the erstwhile Head of the Judiciary has been sworn in as interim president, what is important is to draw appropriate lessons. The fact remains that all life phenomena, the good, the bad and the ugly, all bear lessons for the discerning. We can examine just two.

The first lesson is that when your neighbor’s house is on fire, do not add petrol to it because your own house is vulnerable. When the ousted Egyptian government also lined up behind people with hidden agenda to undermine the security of Syria, little did it realize that the chickens would come home to roost and that what goes round comes around. The same analysis is applicable to Turkey which has been battling protesters for weeks now and one wonders if the solution to the problem is overthrowing the Government or arming the mob.

There is no doubt that the Syrian President is a dictator but it is inconceivable that armed rebels that commit atrocities, from beheadings to cannibalism, would be allowed to terrorize the already traumatized populace. The situation of what happens when the elephants fight is what is happening in Syria: the grass suffers. The suffering is not only in the death of over 100,000 people but also in the displacement of millions of others. Now that the problem is spilling, we should learn to extinguish fire because it is no one’s friend.

The second lesson lies in the need to be patient with one another in addressing the various problems in the country because cutting off the head is never a solution to headache. Without patience and contentment, there will never be a point that an individual will be happy. It is a fast world of fast foods, fast cars, fast means of communication and fast death. However, the journey of life is not for the fastest; so there is need for patience.

Put differently, it happens generally that people don’t appreciate what they have until they lose it and it is not everything lost that can be recovered. Those who don’t appreciate democracy would soon find themselves in the open jaws of autocracy. Sometimes, in seeking alternative solutions to certain problems, without patience, one irreversibly jumps from the frying pan into the fire. Though Adil Monsour will be the poster boy, he is in office to implement the decrees of his military benefactors as he who pays the piper dictates the tune.

The two lessons highlighted here are relevant to the season of Ramadan, which is just a couple of days away, during which several millions of Muslims will be fasting. Ramadan is about kindness and putting oneself in the shoes of others. It is about being helpful to and having sympathy for others, especially those who are in need. It is also a season of patience and self-restraint through which one abstains from desires because of the ultimate goal. It is a season of doing what is right, as commanded by the Creator of the entire creation, not the desires of the people who may just be mere instruments in the hand of the devil.