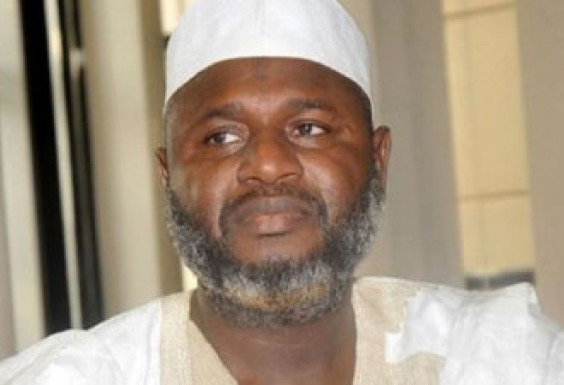 When it was announced two days ago (Wednesday September 11) that the former Minister of Education and Professor of Curriculum Studies, Ruqayyatu Ahmed Rufa’i, had been relieved of her duties along with eight others, many people were stunned. The real news was her sack as the focus of most reports was her because news would always highlight the unusual. Nothing captured the mood of stakeholders in education in particular and informed Nigerians in general than the remarks of the two personalities who worked closely with the minister, the Minister of State for Education to whom she handed over, Chief Nyesom Wike, and the Permanent Secretary of the Ministry, Dr Mcjohn Nwaobiala.

According to Chief Wike, Prof. Rufa’i’s exit was “painful” but “when we are not in control, there is nothing we can do”, an expression of shock and helplessness. He then passionately appealed to his former boss thus: “I therefore implore you, please do not abandon the ministry, continue to give us the advice you would have been giving if you were here.” When the illocutionary force of that statement is given a close scrutiny, it would be appreciated that the words came from the heart of the speaker, not just the mouth.

On his own part, Dr Nwaobiala described the news of Prof. Rufa’i’s sack as “like being hit by a thunderbolt”. He noted further that as Minister, she was “totally different”, a view that many Nigerians would easily share given her track record of achievements and her success in avoiding the banana peels and scandals that trailed many of her predecessors. Dr Nwaobiala also added that the ministry would build on the foundation Prof. Rufa’i had laid, suggesting there was no structure on ground before her arrival, an indication that her tenure was a paradigm shift that revolutionalised the entire ministry with a new start or sense of direction.

Therefore, to say that the former Minister is a huge success is to say the obvious. Before now, her sterling performance had caught the attention of the public early enough in her tenure. Like the proverbial child that would show signs of greatness right from infancy, Prof. Rufai’s transformational leadership was acknowledged barely a year after she was appointed by the then acting President Goodluck Jonathan on April 6, 2010.

Specifically, in a report on “Ministerial Scorecard 3” by “The Nation” newspaper on May 25, 2011, the former Minister was adjudged “Good” in a survey where many of her colleagues were ranked “Average” and “Below Average”. Reading what was written of her, including the fact that she was considered “hardworking”, compared to the assessment of others, one would easily come to the conclusion that her “Good” grade was excellent. “Though Prof. Ruqayyatu Ahmed Rufa’i joined the cabinet shortly after the then President (sic) Goodluck Jonathan became a substantive President, she was one of the few new ministers who hit the ground running. Immediately she resumed at the Federal Ministry of Education, she ensured that everybody was kept busy on how to improve the sector”, the newspaper submitted.

What made Prof. Rufa’i’s career eventful was the fact that she was proactive and active. Immediately she assumed office as Minister, she identified four areas of focus and she devoted her energy to them. Her areas of interest in the education sector are (a) access and equity (b) standards and quality assurance (c) technical and vocational education and technical training and (d) funding and resource utilization. While the extent to which she succeeded in achieving the identified areas is debatable, there are clear indicators that she impacted significantly on the country in all the areas.

For instance, Prof. Rufa’i ensured that more educational access was given to Nigerians through the establishment of more universities. We are aware that 13 Federal, two State and eight private universities, a total of 23, were established during Prof. Rufa’i’s tenure. On funding too, though it is still grossly inadequate, the allocation of N426.53billion to education in the 2013 budget is the highest so far, quantitatively, in our history.

I have met Prof. Rufa’i on two occasions, when she represented President Jonathan at the convocation ceremonies of the University of Ilorin and her brilliance was striking. I remember Saturday, October 22, 2011 after commissioning the projects executed by the dynamic Is-haq Oloyede Administration, she was fired with questions by journalists on the then raging issue of the Post-Unified Tertiary Matriculation Examinations (Post-UTME) that pitted the Joint Admissions and Matriculation Board (JAMB) against Vice-Chancellors, a matter that dragged the two parties to the Senate. The Minister was smart and I admired her balanced response.

“Quality is what everybody is emphasising now. We know that we are emphasising that aspect too because we have to ensure equity….So that is why we say that post-UTME, at least for now, is something that we should continue….JAMB is our product also. It is our baby and part of us. We are proud of what JAMB is doing. At least if universities are going to admit 5,000 students, 3,000 may have applied through JAMB…but each of the universities also has embedded in its own Act to have a say in who they actually admit. Definitely, I am sure the senators are looking into this,” she said, voicing her opinion and still praising the party that, as later events confirmed, was overreaching itself.

I also met Prof. Rufa’i when she came again to UNILORIN on Sunday October 21, 2012 on behalf of the President to commission projects. What struck me then was her courage. The University had constructed a canopy walkway or a suspended footbridge inspired by the canopy walkway in the Kakum Forest, Ghana, in its zoo, which was also commissioned, and the Minister had the singular trouble of walking over the bridge several metres high extending about 100 metres close to the lions. I personally felt the Minister would do the commissioning by cutting the tape only but she led the way all through by climbing the canopy and walking through the ropes, which encouraged some of us to follow suit.

Right-thinking Nigerians would appreciate this Amazon better while handing over the Ministry of Education two days ago. She appreciated the President and noted that her tenure had expired. She waxed philosophical that “we should know that a time like this will come because if it does not, death is surely an end,” reinforcing the axiom that nothing lasts forever. It is this state of mind that we should all have since our position, or tenure on earth, can also come to an abrupt end anytime. And, as a true academic would always find no place as good as the classroom ultimately, Prof. Rufa’i does not disappoint us by announcing that she is returning to the classroom.

I heartily congratulate this woman of character and substance as she is the type that can raise her head high anywhere, and like Napoleon Bonaparte, also agreeably proclaim, “Veni Vedi Vici” or “I came, I saw and I conquered”!