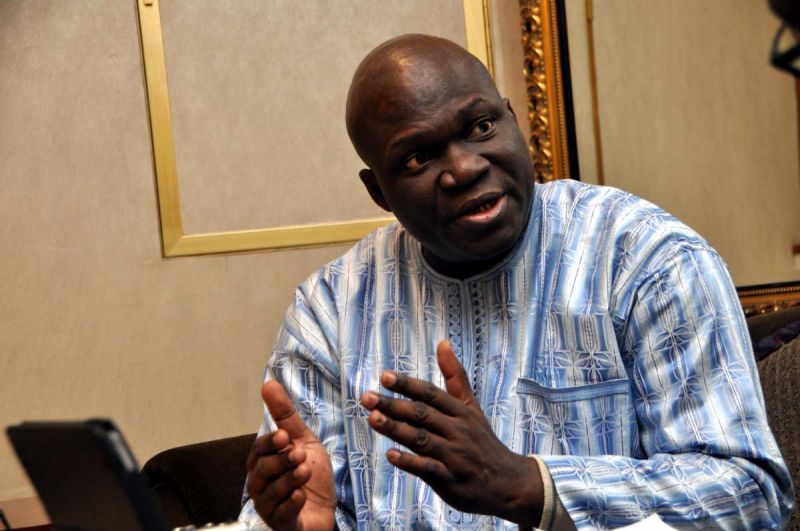 Due to deep conviction and personal experience, I do not ordinarily fancy strike actions and I have joined issues with some vociferous stakeholders in the past who tried to challenge my freedom of thought. I staunchly refused to see things from their own way because my late father did not sponsor my education to allow other people’s reasoning, no matter how defective in my view, to shape my own reality. That is one of the beauties of the academics: we need not see things the same way or stultify development by not challenging authors and authorities.

So, as late as last week, I wrote a column elsewhere on the current industrial action of the Academic Staff Union of Universities (ASUU). In doing that, I cited the view of a former Education Editor of the Nigerian Compass, Kayode Olanrewaju. I also reiterated the need for dialogue between ASUU and Government as the way out of the logjam, as clamoured recently by the amiable Vice-Chancellor of the University of Ilorin, Prof. AbdulGaniyu Ambali, who early this week sponsored about 80 staff, mostly academics, to an all-expenses-paid international conference I will soon highlight briefly. My position was implicitly anchored on the proverb, “When two elephants fight, it is the grass that suffers” and I personally detest being part of collateral damage and detest it for others too.

As I was saying, in his column in the Nigerian Compass of Wednesday, October 24, 2009 (page 24), Mr. Olanrewaju told us he used the opportunity of being invited to a forum of University registrars at Obefemi Awolowo University, Ile-Ife, to engage the (then) Registrar of the University of Mines and Technology, Ghana, Mr. Emmanuel Bedai. The topic was on why the Ghanaian universities had not gone on strike, for the previous 14 years then.

The columnist wrote, “…Ghana’s university system, according to him, is facing the same common challenges like the Nigerian university system, in terms of underfunding, poor remuneration, inadequate facilities and equipment as well as class congestion….In the face of these challenges, the four workers’ unions in the Ghanaian university system had decided not to go on strike, not because they are happy with the system, but they choose not to put their universities into darkness as a result of strike. Rather than go on strike, he said they developed several channels through which they table their demands and dialogue with the Ghanaian Government, which is the proprietor of the universities.”

Drawing his conclusion, Mr. Olanrewaju submited thus: “Despite that the process of addressing the workers’ demands and those of universities by the government, according to Bedai, is slow like what obtains in Nigeria, still the unions have refused to shut down the universities. Can this happen in Nigeria, where unions go on strikes at every provocation?”

This perspective was reviewed last week as my thought drifted to Ghana in anticipation of the third joint international conference of the University of Ilorin and the University of Cape Coast (UCC) this week. Many people have found it useful to use Ghana, not necessarily as a model but as a framework, for analysing Nigeria for obvious reasons. We have so many things in common and we both feel at home in each other’s territory more than anywhere else.

However, I am writing this piece in Ghana (Tuesday) where I am a participant in the said conference, aptly themed “Education for Sustainable Development in Africa”, which attracted participants from other Nigerian and Ghanaian universities. The opening ceremony, astutely chaired by the irrepressible former Vice-Chancellor of the University of Ilorin, Prof. Is-haq O. Oloyede, whose investiture as Fellow of the respected Nigerian Academy of Letters (NAL) I sorely missed this Thursday (yesterday), was a tonic. The quality of the various presentations made on the occasion, especially the keynote address on the conference theme delivered by Prof. Joel Babalola of the University of Ibadan, was jaw-dropping.

The meat is that contrary to the impression held, I was surprised this Monday to realise that there is an ongoing strike of the University Teachers Association of Ghana (UTAG), Ghana’s own ASUU. This is the second week of the strike and it is natural for me to dig further on the issue. I engaged some lecturers of UCC and they told me that they also go on strike. The previous hypothesis that Ghanaian lectures don’t go on strike became nullified and rejected.

My interaction with the Vice-Chancellor of UCC was more revealing. The Vice-Chancellor, Prof. D. D. Kuupole, told me that lecturers go on strike occasionally to put pressure on the Government to do the needful. The current strike is on the payment of some allowances and arrears owed the lecturers. Prof. Kuupole, a personable man that we call Prof. Kolawole in Ilorin to indigenise him, added that their strike is not always total as his lecturers were working on student registration while everyone hoped that by the time lectures should begin next week, the strike will be over.  This is where I think we can borrow a leaf so that the students, already victims of oppression like all other ordinary Nigerians, would not suffer much as collateral damage.

While ruminating on the eye-opening finding, I realised that what is striking about lecturers’ strike actions in the two countries is the attitude of the Governments. In Ghana, the Government immediately swings to action and addresses the lecturers’ demands in order not to jeopardise the future of the students, though there are just nine public universities in Ghana, as I was told, and over fifty private universities which do not go on strike for understandable reasons. In Nigeria, the Government is always pussy-footing but this is unacceptable.

Government is a continuum and the same way the current Administration inherited the assets, including the heavily depleted excess crude oil largess left in the coffers by previous Administration, it must inherit and address the liabilities, including the payment of earned allowances of lecturers and implementation of agreements.

So, it is Government’s responsibility to tackle its own irresponsibility on this matter immediately and let the nation “move forward”, as our people say, so that all students will be back on campus, rather than stay more at home or afloat where they are vulnerable to crime and unwanted pregnancies. Life does not allow a vacuum and those who are not kept busy in school would automatically be busy elsewhere doing “runs”, most of which have debilitating consequences on capacity building and negative implications for sustainable development.

This article was written before the news of Government’s release of funds to the committee set up on the dispute filtered in to me through a friend’s Facebook status update.